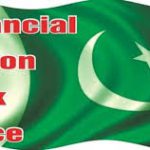 Mehtab Karan Singh It is business as usual so far as Pakistan and the Financial Action Task Force (FATF) is concerned. In the periodic ritual of reassessing Pakistan’s position the organisation has, once again, maintained the status quo of keeping the country on the “Grey List.” Pakistan, as usual, has taken some superficial actions to get its name cut from the Grey List. In … END_OF_DOCUMENT_TOKEN_TO_BE_REPLACED 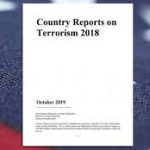 Jaibans Singh The United States of America (US) has released its annual “Country Reports on Terrorism” for the year 2018 on 22 November 2019. The report assesses all major nations of the world in terms of the fight against terrorism with special emphasis on compliance with international norms for countering terrorism. For each country there is an overview followed by listing … END_OF_DOCUMENT_TOKEN_TO_BE_REPLACED

Jaibans Singh "Perhaps if the BJP - a right-wing party - wins, some kind of settlement in Kashmir could be reached." This statement has been made, not by a Bharatiya Janata Party (BJP) candidate in election mode, but by Imran Khan, Prime Minister of Pakistan. Khan made this observation to a small group of foreign journalists in an interview on April, 09. He further … END_OF_DOCUMENT_TOKEN_TO_BE_REPLACED 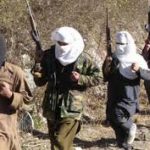 Dr. Simrit Kahlon The pressure on Pakistan to put a cap on proliferation of terror from its soil is on the rise. Yet another indictment has come in the form of the US Country Report on Terrorism (CRT) 2016. The report that covers the period of January, 01, 2016 to December, 31, 2016 has retained Pakistan’s name in its list of nations providing “safe heavens” to … END_OF_DOCUMENT_TOKEN_TO_BE_REPLACED 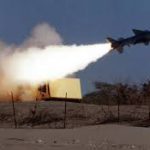 Prabhakar Gupta The beauty about China is that it retains the potential to spring surprises and keep the entire world on its toes, especially the United States (US). The latest shocker has come in the form of the flight test of a hyper-sonic missile delivery vehicle dubbed WU-14 that was seen hurtling over Chinese air space recently. Hypersonic missile vehicles developed by … END_OF_DOCUMENT_TOKEN_TO_BE_REPLACED 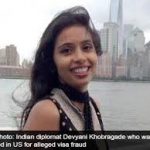 Jaibans Singh Devyani Khobragade, India’s deputy consul general to the US may well go down in history as a person who brought the Indo-US relationship to a brink. It is heartening to see India stand up for maltreatment of one of its citizens in the US, something that seems to have become a norm in the arrogant nation. Devyani was charged by the US authorities with visa fraud … END_OF_DOCUMENT_TOKEN_TO_BE_REPLACED 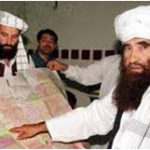 Prabhakar Gupta Recently the media was agog with reports of US and Pakistan considering a joint campaign against the Haqqani network and the Afghan Taliban. This startling revelation was made by none other than the ISI chief, Lt General Zaheer-ul-Islam, in his interaction with the head of the CIA, General Petraeus. Islam reiterated that Pakistan now recognises that the … END_OF_DOCUMENT_TOKEN_TO_BE_REPLACED 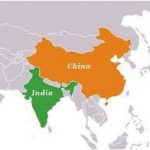 Prabhakar Gupta Mention China and India to economists and their first thought will be rapid growth, and second, how differently the two economies are achieving this. China took the conventional route of manufacturing led growth and is now recognised as a global leader in manufactured exports. India followed the unconventional route of service-led growth and has acquired a … END_OF_DOCUMENT_TOKEN_TO_BE_REPLACED