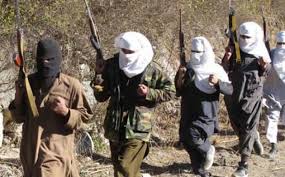 The pressure on Pakistan to put a cap on proliferation of terror from its soil is on the rise. Yet another indictment has come in the form of the US Country Report on Terrorism (CRT) 2016. The report that covers the period of January, 01, 2016 to December, 31, 2016 has retained Pakistan’s name in its list of nations providing “safe heavens” to terrorists.

The CRT is a US Congress mandated assessment of trends and events in international terrorism which is submitted by the US Secretary of State to the Congress. Among other aspects, the report provides breakdowns of counter-terrorism cooperation by governments across the world, information on state sponsors of terrorism and lists of countries that provide safe havens to terrorists.

It is notable here that the report has also listed India as a victim of terrorist attacks by “Maoist insurgents and Pakistan based terrorist groups.”

Pakistan was named in the CRT report of 2015 too; over the year under review the country has made a weak attempt to get rid of this ignominious tag. It purportedly gave more teeth to National Counter Terrorism Authority (NCTA) which took out a list of banned terrorist organisation; it also made a big show of conducting counter terrorist operations to eradicate terrorist safe havens and put in place a National Action Plan (NAP) that mandates the government to “ensure that no armed militias are allowed to function in the country.”

The progress made under all aforementioned initiatives, however, is defined by security experts as “uneven” at best.

The CRT has acknowledged the efforts made by Pakistan but has reiterated that they were not enough for the country to be taken off the list. The main reason for its continuance in the list is its inability to rein in the Afghan Taliban, the Haqqani network, the Lashkar-e-Toiba (LeT) and the Jaish-e-Mohammad (JeM).

The report has exhibited particular sensitivity to India’s concern with respect to export of terror into the nation from Pakistan. The terror attacks at Pathankot, Uri and Jammu; procrastination in bringing the perpetrators of the Mumbai terror attack to book have weigh heavily against Pakistan.

The CRT gives a clear indication that the US is not happy with the double game of “good terrorist, bad terrorist” that Pakistan is playing. The reported has noted that though Pakistan has banned LeT, the offshoots of the organisation like the JuD and the Falah-e-Insaniyat Foundation (FIF) are openly engaged in fund raising and other activities, while the chief of LeT, Hafiz Saeed, continues to address large gatherings despite being a United Nations designated terrorist.

It is notable here that the Government of Pakistan fell short of putting JuD in its banned organisations list prepared by the NCTA and gave is a watered down “under observation” status.

“Pakistan did not take sufficient action against other externally focused groups, such as LeT and JeM in 2016, which continued to operate, train, organise, and fundraise in Pakistan,” says the reports in a stern indictment.

Earlier, during his visit to Saudi Arabia, President Donald Trump had named India among other countries as a victim of terror. Significantly, he had left out Pakistan from the countries listed. Before the meeting between Prime Minister Narendra Modi and President Donald Trump in the White house, the US had declared Syed Sallahuddin as an international terrorist. Sallahuddin is a Kashmiri, based in Pakistan and chief of Hizbul Mujahedeen (HM), a terrorist organisation directed against Jammu and Kashmir. He is also chairman of the United Jihad Council (UJC). He should have been declared a terrorist long back and extradited back to India where he belongs. What is significant is that the realisation has struck the US, however late.

It is now just a matter of time before the US aids India in getting Maulana Masood Azhar, the chief of the barbaric Pakistan based terrorist organisation Jaish-e-Mohammad (JeM) also declared an international terrorist, despite attempts by China to stall the same.

Only a few days back the Trump Administration has also stopped grant of 350 USD Coalition Support Fund to Pakistan since the US Defence Secretary has been unable to certify sufficient action having been taken by Pakistan against the Haqqani terror network and the Afghan Taliban. This is one of the many other areas of financial support to Pakistan where the US is mulling reduction.

The foregoing makes it quite evident that the present US administration is standing firmly with India in bringing Pakistan to book for its terrorist activities directed towards India.

The writing on the wall is that Indo-US collaboration in the fight against terror will not only continue but will be strengthened in the future. On the radar will be international terrorist organisation like the al-Qaeda, Al-Qaeda in the Indian Subcontinent (AQIS), the ISIS, JeM and LeT that have a potential of impacting world peace, and particularly, the Indian sub-continent. The US is likely to be more forthcoming than before for such collaboration.

India has welcomed the new development since it vindicates the long standing assertion of the Nation being afflicted by cross border terrorism emanating from Pakistan. Pakistan’s involvement in providing safe havens to terrorists and terrorist organisation directed towards India is now an established fact.  Security experts look at the development as one in the right and positive direction.

The reaction from Pakistan has been predictably defensive and based on the well established principle of deniability that the country has been following. It has reiterated its position as being a primary victim of terrorism. An attempt is being made, as before, to remind the US about the human and economic loss that the country has faced while assisting previous US regimes in the Global War on Terrorism (GWOT) in Afghanistan.

Some intellectuals in Pakistan, however, have called upon the government to look into the cause behind the global perception that is giving Pakistan such a bad name and address the same.

Pakistan would be well advised to address international concerns practically instead of resorting to mere rhetoric that would not pay dividends.

The simple course of action for the country to follow is to dismantle the terrorist infrastructure and bring the perpetrators of terror to justice. Such an act will bring internal stability to the country and open doors for development and progress.

Inability of the Pakistani leadership to generate the political will to rein in the breeding of terrorists and terrorism on its soil would eventually lead to declaration of the country as a terrorist state.

(Dr. Simrit Kahlon is an academician and a security analyst)