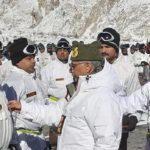 Jaibans Singh The Chief of Army Staff (COAS) of the Indian Army, General MM Naravane , held a virtual press conference on 12 January 2022 as a prelude to the Army Day celebration on 15 January. In the course of his opening statement he said that India was “not averse to the possible demilitarisation of the Siachen glacier, but the precondition for that is to accept AGPL … END_OF_DOCUMENT_TOKEN_TO_BE_REPLACED 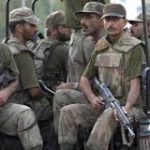 Mehtab Karan Singh Pakistan would rate as one of the most militarised regions in the world. The country is involved in a civil war like situation in its western frontiers comprising of North and South Waziristan; it is in forcible occupation, through military might, of a large portion of the Indian state of Jammu and Kashmir; there is the full blown insurgency in Balochistan. … END_OF_DOCUMENT_TOKEN_TO_BE_REPLACED 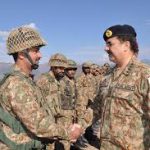 Jaibans Singh Pakistan Prime Minister, Nawaz Sharif, during his recent address to the United Nations General Assembly (UNGA), came up with a “four point peace initiative” for the resolution of the so-called “Kashmir problem.”  The mainstay of his proposal was demilitarisation. This, according to him, would entail withdrawal of the Pakistani Army from the occupied territories … END_OF_DOCUMENT_TOKEN_TO_BE_REPLACED 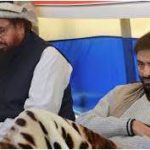 Jaibans Singh Yasin Malik, the separatist head of Jammu Kashmir Liberation Front, is a troubled man these days; torn between his family (wife and daughter, located at Pakistan and his dwindling political career in India he is going around making vague statements and courting arrest for no practical purpose whatsoever. He seems to be egged on by his few followers and some old … END_OF_DOCUMENT_TOKEN_TO_BE_REPLACED 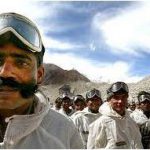 Jaibans Singh The Indo-Pakistan impasse on Siachen has been described by Dr Stephen Cohen, a Washington based South Asia analyst as “a fight between two bald men over a comb”. The problem with US thinkers and opinion makers is that they oversimplify important strategic issues as has been done by the good doctor with his bland comment. One would expect them to be gracious … END_OF_DOCUMENT_TOKEN_TO_BE_REPLACED