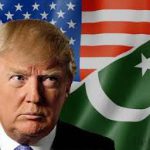 Vikas Khanna Of late, Pakistan has been failing to read the new pitch laid-out by the global community, particularly, the United States. Accustomed to playing on a placid wicket with straight deliveries, Pakistan has been facing bouncers since the ascendency of Donald Trump as US President. Taking off from his statements while announcing the US administration’s Afghanistan … END_OF_DOCUMENT_TOKEN_TO_BE_REPLACED 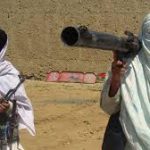 Vikas Khanna The deadly Pakistan-based Islamist group Tehreek-e-Taliban (TTP) has become deadlier. If its claims that it has developed an indigenous missile named Omar-1 which it successfully test-fired are true then it poses a grave threat not only to Pakistan and Afghanistan but to the regional and international security as well. Terrorism has acquired new dimensions and … END_OF_DOCUMENT_TOKEN_TO_BE_REPLACED

Jaibans Singh Elections in democracies are mostly carnival time; the media goes overboard with tell all stories that cause more confusion than creation of awareness; then there are the flags, the banners, the road shows, the helicopters landings in remote areas giving a new experience to kids born after the previous elections when the candidates last paid a visit and a host … END_OF_DOCUMENT_TOKEN_TO_BE_REPLACED 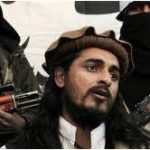 Prabhakar Gupta Having suffered enough casualties and loss of face to an extent which threatens to derail his comeback bid, President Obama is in his hurry to find a `quick-fix’ solution to the Afghan imbroglio. By now it is evident that he is not even averse to courting the Taliban, his enemy number one, to achieve this objective. When seen in real terms, this policy … END_OF_DOCUMENT_TOKEN_TO_BE_REPLACED