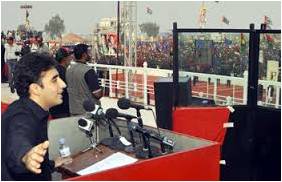 Elections in democracies are mostly carnival time; the media goes overboard with tell all stories that cause more confusion than creation of awareness; then there are the flags, the banners, the road shows, the helicopters landings in remote areas giving a new experience to kids born after the previous elections when the candidates last paid a visit and a host of other things.

Pakistan is now in election mode; this the only occasion in its chequered political history when elections are being held on completion of the term of the previous government. The significance of this achievement is not lost to anybody and all eyes are on the conduct of the elections with fervent hope for a smooth transition of power. There are some positive indicators. The Election Commission of Pakistan is a revolutionary mood; the Chief Election Commissioner, Justice (retired) Fakharuddin G Ebrahi, chosen after much drama between the ruling and the opposition parties in which the latter prevailed, has set high standards for the nomination process. The income, education, criminal record etc of prospective candidates is being scrutinised at the time of submission of the nomination papers much to the discomfiture of many senior leaders who have many taints in their profiles. In a fresh set of directives the Election Commission has listed out a number of punishable acts; these include seeking vote in the name of religion or sectarianism, driving out the voters from the polling stations, providing free of cost transport to voters, canvassing within a perimeter of 400 yards from the polling booths and taking the ballot paper out from there amongst others. Kudos to the spirit of the commission, at least it is trying to get free and fair elections on the roll.

Beyond the preparation for the elections there are many issues pointing towards turbulent times ahead. The powerful militant lobby of the country led ably by the Tehrik-e-Taliban Pakistan (TTP) is hell bent upon scuttling the election process especially so in the frontier regions and in Balochistan. Being absolutely alive to the existential threat that they face from a strong pluralistic democracy these militant elements are leaving no stone unturned in ensuring that nothing of this type happens. The TTP has singled out parties like the ANP, the PPP and the MQM to vent its ire on the premise that these are secular parties; the election rallies and leaders of these parties are being targeted by the TTP to an extent that the caretaker Prime Minister has noted that prominent leaders from these parties face significant threats to their lives. The silver lining is that the parties have refused to get intimidated and election rallies are being held with unprecedented security that includes personal security guards, bullet proof vehicles and enclosures from where speeches are made and what have you. In an encouraging development one Badam Zari has become the first woman to stand for elections from Pakistan’s tribal areas. All of this indicates that the TTP may not be totally successful in implementing its fearful agenda after all and that the average Pakistani voter may well defy all odds and come out to take his destiny in his own hands.

The flip side of this fear and intimidation is that the candidates do not have a level playing field. The election campaigns of those under threat are being severely hampered while others have full freedom to get their word in. At a later date if the TTP can influence voting by threats and intimidation the end result of this historic democratic process may be lopsided.

This is the time for the complete political leadership of the country to stand up and be counted. Big leaders like Mian Nawaz Sharif and Imran Khan, whose parties are presently not on the radar of the TTP must stand up for the cause of democracy and openly condemn all attempts to engineer the elections. An act of this nature would be in their benefit in the long run because the TTP will not relent from taking its pound of flesh at a later stage. It would be best for the political leadership to jointly ward of this evil challenge.

The Pakistan army also has to do its bit to ensure smooth, free and fair conduct of the elections; it is well known that the army is in a state of conflict with the TTP especially so in the frontier region. If the militants gain political ascendency they will be in a position to hurt the interests of the army also, hence, the army should do whatever it can to ensure that democracy flourishes. If it gets embroiled in parochial politics it will also be a loser in the long run.

A win-win situation can come by if the political leadership and the army extend all assistance to the caretaker government in providing security to the entire election process and the government on its part responds in equal measure. There is no denying the herculean task that has been entrusted upon the caretakers and the difficulty that the same entails, but then it is a job that needs to be done and done well given the high national stakes involved.

The forthcoming election in Pakistan is not a simple political carnival; it is a do or die battle between an evolving democratic state and sectarian/extremist forces that already have a firm hold; if the battle is now lost, the course of the nation and with it that of the sub continent, including India, will change forever. The will of the people to see democracy in place is palpable, it can be said with a reasonable amount of assurance that they will come out to vote despite the threat posed by the militants. One can only hope and pray that good sense will prevail upon the political leadership and that it will place nation before self.