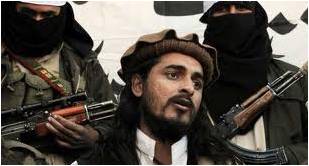 Having suffered enough casualties and loss of face to an extent which threatens to derail his comeback bid, President Obama is in his hurry to find a `quick-fix’ solution to the Afghan imbroglio. By now it is evident that he is not even averse to courting the Taliban, his enemy number one, to achieve this objective. When seen in real terms, this policy translates into a war lost by the coalition forces. The latest indication of the Pakistan army being in a somewhat similar situation was, however, not on the cards. That it has happened is a harbinger of dangerous trends in the Geo-politics of India’s neighbourhood.

The above assessment is also borne out by the fact that in recent operations conducted by the Pakistan Army against the Taliban, it has had to face defeat on more than one occasion. Operation Koh–Safed was conducted by the Pakistan Army in Central Kurram in FATA in August–September 2011.On its stated ‘successful completion,’ the Army claimed substantial degradation in combat potential of Tehrik-e-Taliban-Pakistan (TTP).Consequently, in October 2011, it launched operations in Khyber Agency aiming to clear `Bara Area’ from another militant group, the Lashkar–e–Islam. On completion of this operation, the Pakistan Army gained control of areas around road Peshawer-Jalalabad, hereby isolating TTP in Tirah Valley. It was assessed that further resistance might not be offered by TTP. However, after gaining a breather (due to the operations against Lashkar–e-Islam), TTP seized the initiative and launched a series of attacks on convoys and posts in areas surrounding Tirah Valley.

In retaliation, in November 2011, Pakistan Army and Air forces launched another offensive, “Operation Mamozai” in the areas surrounding Tirah Valley. Initially, they made some progress in clearing the Jabba-Mamuzai area and by December, 2011, managed to establish a few posts. However, on the night of December, 14/15, approximately 200 TTP militants overran one such post called the `Tekri Post’ and killed eight soldiers. Capt Adnan, the Post Commander also sustained injuries. Another unit operating in Swat successfully recaptured the Tekri post, only to be overrun all over again by the TTP. In this instance the TTP carried back with them the dead bodies of ten Pakistani soldiers. The Pakistan Army was forced to negotiate a settlement for the bodies of its soldiers, in return for captured TTP leaders. This sends a very negative message for a professional Army.

Another indicator of the Pakistan governments conceding substantial ground to the militants is the recent report of two top Taliban leaders having been approached for peace talks. Waliur Rehman Mehsud, head of the Taliban in South Waziristan and the deputy to Hakeemullah Mehsud, and Faqir Mohammed, the group’s leader in Bajaur, have told the Pakistani press that the they have been approached for direct talks with the Pakistani government. Faqir, however, insisted that the Pakistani government must end its relationship with the US and implement “an Islamic state” to progress in the proposed talks.”We will continue to fight till the establishment of an Islamic state,” he said. “But if our demands are met and an Islamic justice system is established, we will lay down our weapons because we are a peace-loving people”, he continued. Tall claims indeed, coming from a tribe which has no qualms about beheading or shooting captured Pakistani soldiers and then distributing videos of the barbaric act for the world to see.

Obviously, the Taliban now looks upon the Pakistan army as one subdued by battle fatigue; a force which is finding it increasingly difficult to meet its challenge. The strain in Pakistan-US relation, which is also resulting in restriction in the grant of military aid, has not helped matters. The US as Pakistan’s most abiding ally was providing the wherewithal for the war against the Taliban; now that it is ready to sup with the devil, the Taliban looks at Pakistan Army as a minor irritant.

In fact the shrewd Taliban has already understood that due to shifting priorities and financial constraints, it would be beneficial to engage the US in talks directly. It is for this reason that the Afghan government and Pakistan, who claim stakes in any development related to the conflict, appear to have been sidelined by the US and the Taliban, in a process Washington calls “exploratory”. Interestingly, these contacts between the Taliban and the US have surfaced at a time when relations between Kabul, Washington and Islamabad are strained. Recently, the Taliban has announced that it would open a political office in the Qatari capital, Doha, to aid possible peace talks with the US. The US may be talking directly to the Taliban but without Pakistan’s consent a group of former Taliban diplomats and their families could not have boarded a plane in Islamabad for Doha. Taliban believe that Qatar is their golden opportunity to enter the Kabul valley victorious and thus earn for themselves a respectable space in history as the invincible Afghans who defeated a superpower.

That the Taliban has emerged as a force to reckon with is now a reality. That Pakistan cannot do anything to counter the rise of the Taliban is also a reality. In the Indian context, the frightful scenario of Taliban influence in the `Battle for Kashmir’ is looming large on the geo-political landscape. There are no two views about the Taliban’s agenda for Kashmir after wresting control in the western part of Pakistan. The only way out is to ensure that through development and progress, the Indian held part remains integrated with the rest of the country and resists any efforts from across to break its fabric while hoping that the Pakistan establishment would learn some lessons after 65 years of futile acrimony.