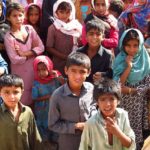 Jaibans Singh  Prime Minister Imran Khan is under fire for multiple reasons; politically, with the build up to the vote of no-confidence gaining momentum, he is staring at an ignominious removal . Khan and his party are trying every trick in the book and doing whatever it takes to defeat the motion. In the process,  all norms of the already weak constitutional process are … END_OF_DOCUMENT_TOKEN_TO_BE_REPLACED 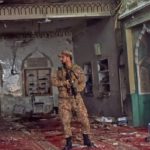 Jasbir Sarai On Friday, 04, March,  a lone suicide bomber shot the police guards at the entrance of a packed Shia Mosque at Peshawar's historic Qissa Khwani Bazar with a pistol. He then entered the Mosque and blew himself up in the middle of worshippers offering Friday prayers. At least 60 people were killed and close to 200 are reported injured in the suicide bombing. The … END_OF_DOCUMENT_TOKEN_TO_BE_REPLACED 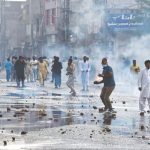 Jaibans Singh Pakistan is in the throes of a huge political and internal security crisis. A politico-religious organisation named  Tehreek-e-Labbaik Ya Rasool Allah (TLP) is resorting to unprecedented rampage across the country. The protests escalated to unmanageable levels  post the imposition of a ban on the organisation  and arrest of its Emir (leader), Saad Hussain Rizvi. … END_OF_DOCUMENT_TOKEN_TO_BE_REPLACED