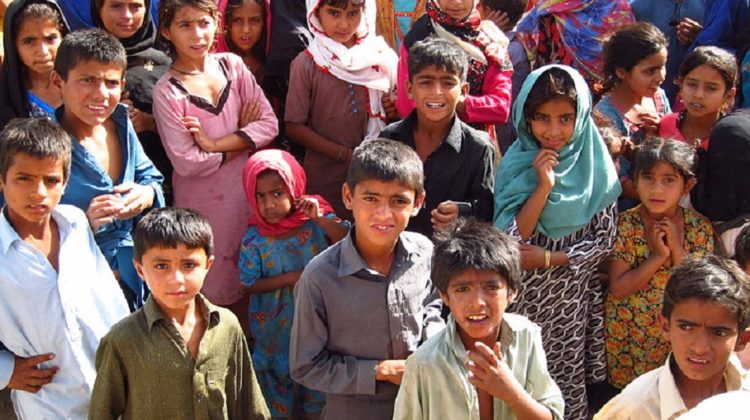 Prime Minister Imran Khan is under fire for multiple reasons; politically, with the build up to the vote of no-confidence gaining momentum, he is staring at an ignominious removal . Khan and his party are trying every trick in the book and doing whatever it takes to defeat the motion. In the process,  all norms of the already weak constitutional process are being bent much to the detriment of the country. Mounting debts and lack of sponsors for a bailout has immobilised the government to the extent that there is no money to pay its employees, what to speak of carrying out development projects.

The end result is a situation where extreme poverty compounded by a non-existent law and order framework is leading to a marked increase in human trafficking and exploitation of women and children in the country. Militant war lords are out to exploit people of the minority community. Another critical aspect is forced disappearances of women and children which happens under the nose and allegedly with active support of the security agencies, including the Pakistan Army.

Across the country, thousands of women and children are abducted each year or they simply disappear. No police cases are registered and no answers are given to the beleaguered families. This system is designed to facilitate sex trafficking, child labour, bonded labour, forced begging and forced marriage and it thrives with impunity.

Balochistan is by far the most used route for outward trafficking due to its vast and rugged terrain and sea route connectivity. Baloch women and children also form a considerable chunk of the trafficked resource as do people of poor minority communities like Shias from Gilgit-Baltistan.

In the land based trafficking operations from Balochistan the ‘Naukundi route’ is the most infamous. Naukundi is located in Chaghi which is in Pakistan’s largest district. It has been the hub of trafficking and organ transplant for decades, for which reason it is home to not only Balochs but also Punjabis, Pushtuns and Afghans. The main source of income of the people there is human trafficking. The sea routes run through  the port of Gwadar; human ‘cargo’ is put on boats from Pasni, Jiwani, Pishukan or Surbandan.

Children are smuggled to the Gulf countries to be used as Jockeys in camel races, this trade is carried out more through Rahim Yar Khan where the rich and affluent from Abu Dhabi have built residences to come and check the “stock” before making purchases. Women are being trafficked for sexual exploitation; here too the maximum influx is to the Gulf countries. Many go and come back thus making the business seasonal and occasion specific. The common thread is that all those exploited belong to the poor and vulnerable groups of the country.

Not all trafficking is coerced, a large number of people attempt to go from this route into Iran and onwards to the Middle East and Europe in search of jobs. They are required to sign a written agreement specifying that they are voluntarily seeking illegal entry into a foreign country. 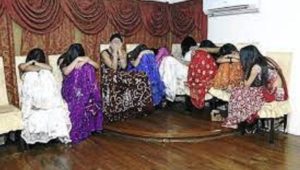 Bonded labour is a globally recognised form of human trafficking and modern slavery and it is rampant in Pakistan. The utility is in the fields of rich land owners and as domestic servants. This resource is also used in brick kilns and mining where these hapless people are forced to work under the most inhuman conditions with a remuneration that falls woefully short of the minimum wages set by the Government.

The matter does not end here, a survey has ascertained that an estimated 22.8 million children in Pakistan are out of school and around 1.5 million are street children and beggars. With such a huge young resource becoming incapable of gainfully contributing to society, how can the country even think of progressing?

It is not without reason that the US has described Pakistan as ‘a source and transit country for men, women and children trafficked for the purposes of forced labour and sexual exploitation.’ Even the Human Rights Commission of Pakistan (HRCP) has flagged the seriousness of the situation and emphasised the danger that women and children, particularly economically vulnerable ones, find themselves in.

Amid all this , Prime Minister Imran Khan continues to live in a world of his own. He is least bothered about the fact that the so-called comprehensive National Action Plan to combat human trafficking that he grandly announced last year has made no progress whatsoever due to lack of funds and resources.  Absence of reliable data on trafficking and poor implementation of anti-trafficking laws has further impeded the process of tackling the problem effectively.

The government’s lacklustre attitude towards the issue is worrisome because nearly half of the population of Pakistan constitutes women and children. The state seems to be too preoccupied with other more “important” things like hounding India and protecting militant war lords rather than working to secure the future of the country.  While the entire world is urging the Taliban to extend basic rights to women, the Pakistani prime minister is supporting their policies. “Every society’s idea of human rights and women rights are different,” is the brutish statement he has made on the subject.

However, when it comes to Kashmir the prime minister of Pakistan becomes the biggest champion of human rights. He spreads falsities without so much as batting an eyelid. He does not desist from raking up the Kashmir issue during his dole collecting visits to foreign countries. “hold India accountable for human rights violations in Jammu and Kashmir,” is his consistent message to the world. Nobody, of course, listens to him.

It would be best for Pakistan and more so for Prime Minister Imran Khan to focus on the very acute internal problems like human trafficking and exploitation of minority and vulnerable sections of their society. The Government of Pakistan should try to, at least partially, ameliorate the pain and distress of their own people who are fighting an existential crisis.

(Jaibans Singh is a social worker and columnist)