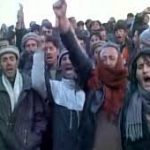 Mehtab Karan Singh Pakistan has its own set of challenges to face, lax law and order, self created militants who have now become literal warlords, extreme poverty, failed politics and virtual rule by the Army etc. Amidst all of this the country somehow remains steadfast in its determination to gobble up the territories of Gilgit-Baltistan. The federal government has exercised … END_OF_DOCUMENT_TOKEN_TO_BE_REPLACED 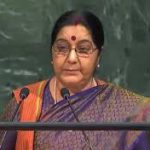 Jaibans Singh It has become a habit for Pakistan to come back from international forums, especially the United Nations General Assembly (UNGA), with egg on its face. This year, the shame has been even more pronounced for the country. In the recently concluded session of the UNGA, Pakistan Prime Minister Shahid Khaqan Abbasi made his maiden address. This would, perhaps, be the … END_OF_DOCUMENT_TOKEN_TO_BE_REPLACED