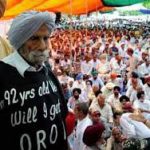 Jaibans Singh On September 5, 2015, in response to an agitation by retired soldiers of the Indian Army, commonly called “veterans” for a better deal in their pensions, the Bharatiya Janata Party (BJP)- led National Democratic Alliance (NDA) government announced the acceptance of the One Rank One Pension (OROP) scheme. There was much celebration, in certain quarters only, on … END_OF_DOCUMENT_TOKEN_TO_BE_REPLACED 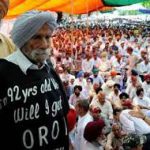 Jaibans Singh The OROP face-off has now gone way beyond the original demand for pensions. If the poor old veterans who are sitting at Jantar Mantar, New Delhi, and other places across the country could go through a major portion of their retired life without OROP, they will live without it through their twilight years as well. Being soldiers, they will adjust and make the best … END_OF_DOCUMENT_TOKEN_TO_BE_REPLACED 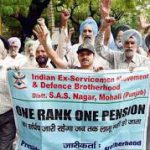 Jaibans Singh The OROP agitation by veteran soldiers is raging on; the strange and unbelievable procrastination by the Government of India (GOI) in failing to stand up to its commitment is creating an extremely difficult situation. This ire of the veteran soldiers is entirely justified when seen against the backdrop of the promises made by the Bharatiya Janata Party (BJP) … END_OF_DOCUMENT_TOKEN_TO_BE_REPLACED 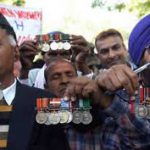 Jaibans Singh The Indian army, not too far back, had a great tradition of families serving the organisation for generations on end. In fact, there used to be no house in many villages of the martial communities that did not have at least one person in the Army. All ranks from a Sepoy to a General were covered from among the clansmen and kin among many communities. This happy … END_OF_DOCUMENT_TOKEN_TO_BE_REPLACED