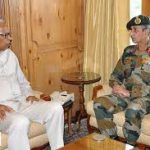 Jasbir Sarai Tosa Maidan is a meadow in the Budgam district of the Kashmir valley. The area was leased to the Indian Army in 1964 for use as a firing range; the lease has been extended a few times since then. Expiry of the lease on April, 18, 2014, could not have come by at a better time for the divisive forces. It has given to them adequate ammunition for their campaign to … END_OF_DOCUMENT_TOKEN_TO_BE_REPLACED 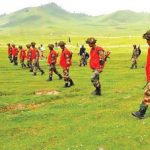 Dr. Simrit Kahlon The decision of the Indian Army to clean up Tosa Maidan of unexploded bombs and also militant hide-outs was conveyed by Lt General Subrata Saha, General Officer Commanding of the Srinagar based Chinar Corps, on August, 01. This is yet another reflection of the humanitarian approach of the Indian army. The decision has been taken in the wake of the unfortunate … END_OF_DOCUMENT_TOKEN_TO_BE_REPLACED

Novita Singh   On October, 13, Union Home Minister, Sushil Kumar Shinde proceeded on a three day visit to Jammu and Kashmir. During the tour, he co-chaired a meeting of the Unified Command in the State along with the Chief Minister and travelled to many regions to interact with Para-military troops deployed over there. Towards the end of his tour he said, quite firmly, … END_OF_DOCUMENT_TOKEN_TO_BE_REPLACED 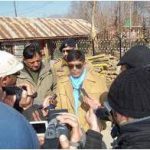 Simrit Kahlon The policy for rehabilitation of former terrorists framed and put into practice by Chief Minister Omar Abdullah with adequate support from the erstwhile Union Minister for Home, P Chidambaram brings to mind the biblical parable of the prodigal son. The parable refers to a sinful son who suffers due to his aberrant ways, repents, returns and is welcomed back into … END_OF_DOCUMENT_TOKEN_TO_BE_REPLACED 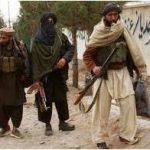 S Ranjan The Chief Minister of Jammu and Kashmir, Omar Abdullah, is a bleeding heart. He has sympathy for everyone irrespective of their deeds and motives. His best sympathies are for the people who crossed over into Pakistan occupied Kashmir (PoK) during the insurgency period for training purpose. Omar Abdullah has made many a statement on their plight and has supported their … END_OF_DOCUMENT_TOKEN_TO_BE_REPLACED 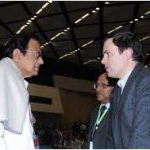 Jasbir Sarai The working group on confidence building measures instituted by Prime Minister Manmohan Singh had recommended that a definite policy/package be formulated for the return and rehabilitation of the youth of Jammu and Kashmir who crossed over to Pakistan Occupied Kashmir during the peak of insurgency and terrorism in the State. Acting on this recommendation, the … END_OF_DOCUMENT_TOKEN_TO_BE_REPLACED