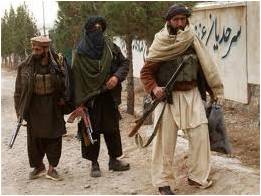 The Chief Minister of Jammu and Kashmir, Omar Abdullah, is a bleeding heart. He has sympathy for everyone irrespective of their deeds and motives. His best sympathies are for the people who crossed over into Pakistan occupied Kashmir (PoK) during the insurgency period for training purpose. Omar Abdullah has made many a statement on their plight and has supported their desire to come back.

It is fairly strange for a man who seeks maximum punishment for even one inadvertent mistake or error by the security forces, especially the army personnel deployed in the valley, to harbour sympathies for such people who crossed over due to no great compulsion. After having chosen the anti-national path voluntarily they underwent training and pledged to kill their very own people to uphold a foreign sponsored terrorist agenda. Omar Abdullah now expects those who have suffered in Kashmir for the last three decades for no fault of their own to forgive this maverick element at the drop of as hat and accept them back as respected member of the Kashmiri community with open arms. Is it fair on the part of the Chief Minister to push such a proposal? What makes him trust these people who betrayed their own society and have blood of their own kith and kin on their hands?

The political class of India is facing a crisis of giving compulsory sound bites to present themselves as large hearted statesman. There is nothing wrong with this in a democracy but when one deals with the prospect of peace in troubled regions one has to be sensible and mature. The matter of rehabilitating these former terrorists is a very serious issue whose mishandling can boomerang on the fragile peace that has been achieved after very long and tuugh battle lasting over decades.

Omar Abdullah has been saying that there is a need to rehabilitate the people who went across to Pakistan to train. He is ready to rehabilitate them if they wish to come back, he has the full backing of the central government in this proposal and a clear cut surrender and rehabilitation policy has been put in place to facilitate the procedure. The fundamental point here is – what is the status of those who are trying to come in or are being allowed to come in by ways and means in contravention to the laid down policy? More specifically how to deal with such cases where the person who has crossed over has taken citizenship of Pakistan? having taken Pakistani citizenship they cannot look for rehabilitation in India without a legal process involving both nations. The government of Jammu and Kashmir cannot take an arbitrary decision to rehabilitate such people in the valley. It is beyond the power of the government.

Recently, the Judicial Magistrate of Pattan in the Kashmir valley, in a judgment against three Kashmiri’s who were found guilty of violating Foreigners’ Act has passed an order for them to be sent back to Pakistan. These persons went to Pakistan to take arms training in 2008 and have since acquired Pakistani passports. In order to take advantage of the rehabilitation policy they took visas to Nepal as tourists and on November 12, 2008 travelled from Karachi Airport to Nepal International Airport and then sneaked into India without any valid visa.

Nepal has become the preferred route for entering India for all terrorists since a passport is not required for travel between the two countries. This has, unfortunately, become a problem for India so far as influx of Kashmiri youth from PoK is concerned. Omar Abdullah has advocated accepting Kashmiri’s returning via Nepal for rehabilitation since the official four entry points have seen no movement whatsoever because of Pakistan’s stubbornness in the whole matter. Now Omar expects the Indian government to allow facility of rehabilitation to such people who have lived in Pakistan, taken military training to become mercenaries and terrorists, acquired Pakistani passports and are trying to push themselves in by illegal means. This goes against the spirit of the rehabilitation policy approved by the centre. Someone who has accepted a Pakistani passport is deemed to have acquired Pakistani citizenship and the person ceases to qualify for rehabilitation in Kashmir under the approved policy.

Omar Abdullah might be naïve but Pakistanis know what they are doing. They want these parasites to go into India through Nepal as it is absolves them of any connection with the latter. This amounts to killing two birds with one stone so far as Pakistan is concerned. Further, who knows what motive is hidden behind their peace masks.

While giving judgment on the case the learned and honourable Chief Judicial Magistrate (CJM) said, “I have no hesitation in pronouncing them as guilty in terms of section 14 of the Foreigners Act and as such convict them to undergo imprisonment for a period of 3 years, since trial has already taken three years, therefore, taking into consideration the length of the trial and the conduct of the accused during the trial, along with fine of Rs.25000 each in default of which a further imprisonment of one year shall be undergone. The Government of India is directed to make preparations for return of these undesired guests who have already over stayed without proper permission,” the order reads.

There is a lesson in statecraft that the order is giving to our political leadership who has forgotten the importance of law in decision making of the government. One should not give away logic for emotionalism. Political compulsions are well understood, but they should not come in the way of national security and national honour. Omar Abdullah should learn a lesson or two in real politics from the judgement.