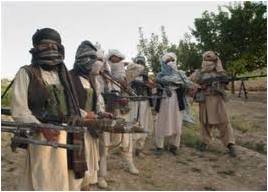 With notoriety comes a celebrity status; A good example of this adage is the international celebrity status that Hafiz Mohammad Saeed, the head of the Pakistan based international terrorist organisation Lashker-e-Toiba (LeT), has attained after the US put a $10 Million bounty on his head. The bounty has greatly elevated his stature and placed him in the exalted league of Al Qaeda’s Ayman al Zawahiri and Taliban’s Mullah Omar. Suddenly, the professor turned Jihadi has attained centre stage with the media, drawing room gossips, bureaucrats and top leaders of the world. He was the prime topic of discussion during the recently concluded meeting between Prime Minister Manmohan Singh and Pakistan’s President Asif Ali Zardari. As expected, Manmohan Singh was absolutely forthright in demanding strong action against the maverick terrorist while President Zardari was evasive. It seems that not much has changed so far as Pakistan is concerned despite announcement of the bounty

The US has taken great pains to explain to India that recognition of Saeed as one amongst the top international terrorists has a lot to do with the LeT sponsored terrorist attack in Mumbai in the year 2008 (26/11). India needs to remind the US that for many decades the Nation cried hoarse over Pakistan’s proclivity to export terror; the US, in turn, chose to ignore this reality as a localised problem between two petulant neighbours. In fact, it continued to support Pakistan and gave the rogue Nation considerable confidence to carry on with its reprehensible activities. The result was that India has fought and continues to fight a lonely battle against Pakistan sponsored terror. Secondly, post 26/11, Indian handed over to enough evidence to Pakistan to implicate Saeed as the mastermind of the attack. Evidence was provided way back in August 2009 with a demand for Saeed’s arrest and questioning. This was followed by submission of another document “Dossiers on Pak Nationals involved in Mumbai Terror Attacks” to Pakistan in February 2010 in which Saeed was prominently mentioned. All through these proceedings India kept the US in the loop, but the latter did not react.

The keen interest that the US is now taking in Saeed has less to do with India and more with some irrefutable evidence of LeT’s links with al Qaeda and Afghanistan Taliban. This evidence has come about from documents seized during the Osama raid at Abbotabad in Pakistan and revelations of David Headley, the Pakistan American who is in US custody for having facilitated 26/11 for the LeT. The evidence has clearly established LeT’s global ambitions and its tie ups with the ISI, al Qaeda, Taliban, Haqqani network and other such organisations which are detrimental to the US engagement in Afghanistan. Add to this the fast deteriorating US-Pakistan relationship and we have in place a large number of reasons for the US to have declared this bounty on Saeed; as a corollary its concern for India slides very much into the background. It is quite evident that despite a supposedly world class intelligence gathering capability and a host of think tanks dedicated to the study of international developments, the US has never really been able to get things right.

So far as India is concerned Saeed can, at best, be viewed as just one link in a long Pakistan based chain which carries out terrorist activity on its soil. Maulana Masood Azhar, the chief of Jaish-e-Mohammed, Syed Sallah-ud-Din, chairman of the United Jihad Council and many others are engaged in India centric terrorist activities. All of them, like the LeT, are based in Pakistan; derive support from the ISI; have links with organisations like al Qaeda/Taliban; receive financial support and protection from the Pakistan government and function with a fair degree of freedom. Most of these leaders have the gumption to move around freely; live in highly fortified lavish mansions and spout venom against India and the western civilisation with impunity. Cumulatively, they have a huge organisation comprising of forty plus terrorist training camps deep in Pakistani soil and along the line of control where training is imparted and infiltration carried out. The whole operation is run with massive manpower, well established infrastructure and enormous funding of a scale which simply cannot go unnoticed by the government of Pakistan, yet, the government feigns ignorance.

Even as the sagacity shown by the US in branding Saeed as a terrorist deserving of $ 10 Million on his head is being enthusiastically discussed, the Indian Army has killed five terrorists in a fierce encounter the Kupwara district of Kashmir on April, 05. Earlier, five LeT terrorists were killed in the same area on March, 28. On March, 22, a car bomb explosion in Kashmir left one person killed and 22 injured. Such recurring terrorist incidents bear testimony to the status quo so far as Pakistan’s policy of exporting terror to India is concerned. This policy is not likely to change or suffer a setback by the arrest, prosecution or killing of one Hafiz Mohammed Saeed. The problem is far more deep rooted and Saeed is just one, albeit important, clog the wheel.

India, therefore, may appreciate the US decision as a part of its polite diplomatic engagement with the country but let it be known that this means little unless Saeed is actually put on the dock by Pakistan as part of an overall change in its policy with regard to proliferation of terror on Indian soil. To this extent, the strong message that Prime Minister Manmohan Singh has given to President Zardari that containment of terror by Pakistan remains central to normalisation of relations between the two countries is a step in the right direction.