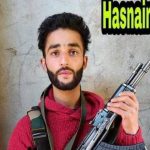 Jaibans Singh Pakistan has excelled in “Keeping the pot boiling” so far as perpetration of terror, dissension and disruption in Kashmir is concerned. No amount of pressure, domestic or international, has lowered the determination of those in the country who are vested with this responsibility. They are unmindful of the socio-economic setbacks that their actions cause to the … END_OF_DOCUMENT_TOKEN_TO_BE_REPLACED 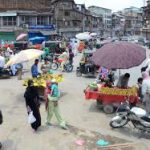 Dr. Simrit Kahlon It is heartening to see the government at the centre and at the state level in Jammu and Kashmir exhibit a rare confidence in dealing with the situation in trouble torn Kashmir. Undoubtedly, there is political and social pressure accentuated by a shrill media, but it has not deterred the government from pursuing a well laid out policy and consistent posture … END_OF_DOCUMENT_TOKEN_TO_BE_REPLACED 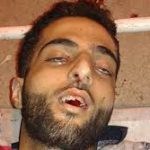 Jaibans Singh Burhan Wani, a Kashmiri terrorist, was killed by security forces on 8 July 2016 in Kashmir. His claim to fame is that he used social media, especially Face book, to build a persona for himself that was based on a fair degree of romanticism.  His good looks and the disruptive combat fatigues that he wore, along with the automatic rifle that he held, had much to do … END_OF_DOCUMENT_TOKEN_TO_BE_REPLACED 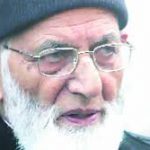 Jaibans Singh About two decades back, on April, 24, 1998, Syed Ali Shah Geelani wrested control of the All Party Hurriyat Conference (APHC) from Mirwaiz Umar Farooq. He went on to become the architect of the darkest, most turbulent period in the history of Kashmir. APHC was created by the Mirwaiz on March 10, 1993 as a political front to raise the so-called cause of Kashmiri … END_OF_DOCUMENT_TOKEN_TO_BE_REPLACED 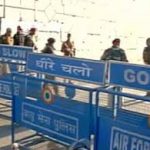 Jaibans Singh It has been a gloomy beginning of the New Year for India and its security forces. Seven soldiers and a civilian have been killed in terrorist initiated violence in Pathankot, Punjab, while four brave soldiers of the Indian army have died in a snow avalanche in Siachen. Sacrifice in the call of duty is not new to the Indian soldiers, but such incidents during a … END_OF_DOCUMENT_TOKEN_TO_BE_REPLACED 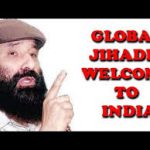 Ranjan Chauhan Is it the end of the road for Syed Sallahuddin and his terrorist organisation, the Hizbul Mujahideen (HM), in Jammu and Kashmir? After thirty years of existence he is now fighting a losing battle for survival, clutching at straws to stay afloat in a situation that is fast going out of his hands. Gone are the days when he could issue diktats to the Government of … END_OF_DOCUMENT_TOKEN_TO_BE_REPLACED 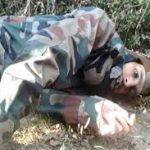 Jaibans Singh A pall of fear and gloom has enveloped the Kashmir Valley due to the spate of killings of local terrorists under mysterious circumstances. The blame is, invariably, being placed on the security forces but the facts, as they are emerging, point towards the killing being an offshoot of a violent gang war that has erupted between the Hizbul Mujahedeen (HM) and its … END_OF_DOCUMENT_TOKEN_TO_BE_REPLACED 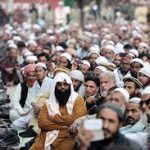 S Ranjan Muttahida Ulema Mahaz (MUM) is a sectarian political party of Pakistan that recently demonstrated against the Rawalpindi incident. Its delegates stated that the violence in Rawalpindi during the Ahshura procession was the result of a ‘conspiracy between India, America, Israel and imperialist forces.’ The comment is ludicrous and deserves to be ignored but for fact … END_OF_DOCUMENT_TOKEN_TO_BE_REPLACED 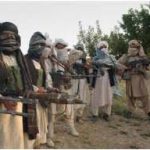 Jaibans Singh With notoriety comes a celebrity status; A good example of this adage is the international celebrity status that Hafiz Mohammad Saeed, the head of the Pakistan based international terrorist organisation Lashker-e-Toiba (LeT), has attained after the US put a $10 Million bounty on his head. The bounty has greatly elevated his stature and placed him in the exalted … END_OF_DOCUMENT_TOKEN_TO_BE_REPLACED