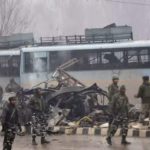 Jaibans Singh Valentine Day is India comes with a note of sobriety since 2019 as it also marks a dastardly VBIED  (Vehicle Based Improvised Explosive Device) attack by enemies of the nation on a CRPF convoy at Pulwama, Kashmir, which left 40 brave soldiers of the nation dead. As in the preceding years, this year too, the Indian nation rose in memory of those who … END_OF_DOCUMENT_TOKEN_TO_BE_REPLACED 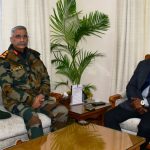 Jaibans Singh This time of the year, in 2019, witnessed great tension between India and Pakistan. The immoral terrorist attack on a CRPF convoy at Pulwama, Kashmir, on 14, February, elicited a strong riposte from India.  Indian Air Force carried out a very successful air strike on a terrorist camp at Balakot, deep in Pakistan territory on 26, February. More than 300 … END_OF_DOCUMENT_TOKEN_TO_BE_REPLACED 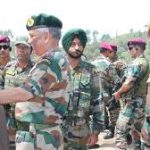 Jaibans Singh Wing Commander Abhinandan has been returned by Pakistan to India! There are divergent reasons being given for this decision by Pakistan but courtesy demands that we ignore the supposed ulterior motives and look for something positive in the development. It is a reason for celebration and also reason to acknowledge the release as a good gesture on the part of … END_OF_DOCUMENT_TOKEN_TO_BE_REPLACED