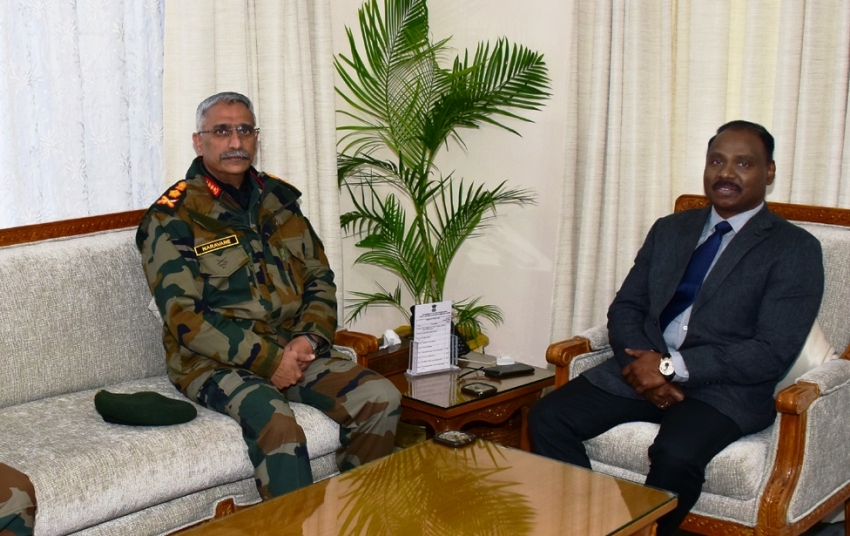 This time of the year, in 2019, witnessed great tension between India and Pakistan. The immoral terrorist attack on a CRPF convoy at Pulwama, Kashmir, on 14, February, elicited a strong riposte from India.  Indian Air Force carried out a very successful air strike on a terrorist camp at Balakot, deep in Pakistan territory on 26, February. More than 300 terrorists trained and ready for infiltration into India were killed in the strike.

The very next day, a weak aerial response from Pakistan was met with strong opposition from the Indian Air Force and the Pakistani jets were forced to withdraw.  In the heat of the air battle a daring Indian pilot, Wing Commander Abhinandan, shot down a Pakistan F16 aircraft. The aircraft of Wing Commander Abhinandan also got hit and he ejected successfully, but in Pakistani territory and was taken prisoner. After hair raising negotiations, where India maintained a strong and righteous stand, the pilot was returned back to India on March, 1.

The release was appreciated as a good gesture by Pakistan, but, it did not have any impact on the situation along the Line of Control (LOC) and the hinterland in Jammu and Kashmir. Ceasefire violations (CFV) and terrorists initiated violence continued unabated.

Post the General Elections in India, BJP came back to power. One of the first actions that it took was to bring about the long awaited and much desired change of political status of Jammu and Kashmir. In an act hailed as both righteous and justified, the new government passed legislation to dilute the draconian Article 370 and Article 35A and also bifurcated the state into two manageable Union Territories.

Anti-India separatist forces led by Pakistan predicted massive riots and disruption of normal life in the wake of the new dispensation. Their predictions, however, proved terribly wrong with the people accepting wholeheartedly the new set up as one that would be of benefit to them.

Considerable credit for this peaceful transition lies on the broad shoulders of the Indian Army. The force remained sensitive to the emerging challenges. Pakistani attempts to increase the threshold of violence both along the LOC and in the hinterland were thwarted effectively. The army worked in close coordination with other security forces and gave to them the confidence to function in the very difficult conditions.

The end result was that the government was able to bring about the legislated change on schedule despite all threats of dire consequences. The two Union Territories under their respective Lieutenant Governors became effective on the night of October, 31, as planned.

Even as the political process continues smoothly, the Army and other security forces have enough cause to remain ever vigilant against machinations of a a very determined enemy – Pakistan. The year 2019 witnessed a record 1,586 incidents of CFV. This year has been no better with 646 CFV already recorded in the first two months up to 23rd February. The singular objective of CFV is to infiltrate terrorists into Kashmir since the existing strength is dwindling at an alarming pace, much to the discomfiture of the Pakistan Army and the ISI.

The period from declaration of the new status of Jammu and Kashmir on August, 5, last year to the present has witnessed 27 encounters of security forces with terrorists in Kashmir; a sizeable number considering the depleted condition of the terrorist cadre. The terrorists operating in Kashmir had been given a “fight to the finish” diktat by their masters sitting across the border.

In the interim, there has been a change in command of the Indian Army with General MM Naravane taking over as Army Chief. As expected, he is giving full attention to the region.

General Naravane has extended full support to the new political dispensation put in place in the region and has made no bones about the proactive policy that the Army would follow in eliminating the scourge of terrorism. “The scrapping of Article 370 – a historic step – has adversely affected the plans of the western neighbour and its proxies. It will help integrate Jammu and Kashmir with the mainstream,” he said, further adding that the armed forces would have “zero tolerance against terrorism.” “The army has many options to counter those who promote terrorism. We will not hesitate to use them…We will respond in equal measure,” he said in a strong message to terrorists.

“We have evolved a strategy of resolute punitive response against sponsored terrorism. If Pakistan does not stop state-sponsored terrorism, we reserve right to pre-emptively strike at sources of terror,” was the direct message that General Naravane gave to Pakistan

Recently, Lt. General KJS Dhillon has completed an eventful and successful tenure as General Officer Commanding of the Chinar Corps of the Indian Army, whose operational area falls in the Kashmir Valley. The army has chosen as his replacement, Lt General BS Raju, who has great experience in the region having commanded a Brigade and a Rashtriya Rifles Force Headquarter there. On taking over command, Lt General Raju, spoke of the marginalisation of the separatist and militant movement. “I believe that those nurturing separatist feelings have been shown the door,” he said. He, however, also held forth a word of caution with respect to the security scenario by stating that there are indications that Pakistan may try to push terrorists into India. “We are prepared to give them a befitting reply and defeat their nefarious designs,” he added.

Many positive changes have taken place in the last one year and things are be moving smoothly, but the danger is far from over. The new political dispensation is firmly embedded but Pakistan, has no intention of shelving its malevolent designs for the region. The security forces, led by the Indian Army, need to remain ever vigilant and proactive so as to provide the platform of normality on which the political process can take roots.

(Jaibans Singh is a reputed expert in security affairs, author and columnist)