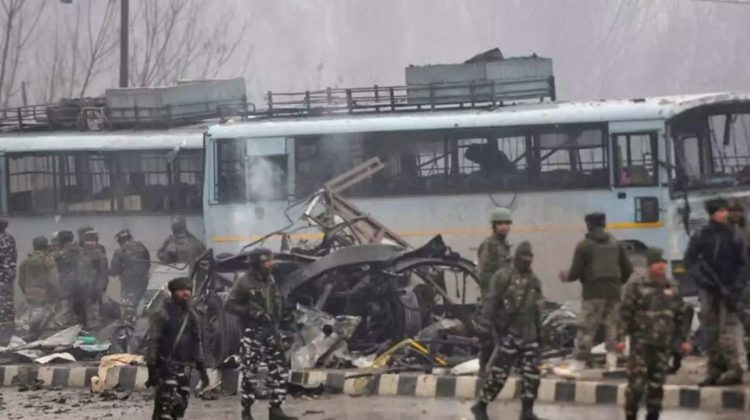 Valentine Day is India comes with a note of sobriety since 2019 as it also marks a dastardly VBIED  (Vehicle Based Improvised Explosive Device) attack by enemies of the nation on a CRPF convoy at Pulwama, Kashmir, which left 40 brave soldiers of the nation dead.

As in the preceding years, this year too, the Indian nation rose in memory of those who sacrificed themselves for the sake of their country. Tributes to the fallen soldiers were led by Prime Minister Narendra Modi, “I pay homage to all those martyred in Pulwama on this day in 2019 and recall their outstanding service to our nation. Their bravery and supreme sacrifice motivates every Indian to work towards a strong and prosperous country,” said the prime minister in a tweet. “This country will never forget the sacrifice of the brave CRPF jawans killed in Pulwama in 2019. I pay my tributes to them,” tweeted Defence Minister Rajnath Singh.

The social media was full of tributes to the brave fallen soldiers from people of all walks of life. In several cities across the country, events were organised to mark the occasion in which community leaders joined to offer respects and tributes. As per established tradition, the CRPF held several commemorative functions and wreath laying ceremonies, including one at the attack site in Pulwama itself.

In a few days from now, on 26 February, the Indian nation will rise yet again to celebrate the Indian riposte to the cowardly bombing carried out by terrorists operating from Pakistan.  The riposte, better known as the Balakote strike, involved an aerial operation by the Indian Air Force to strike terrorist hideouts deep inside Pakistani territory in the Khyber Pakhtunkhwa province of the neighbouring country.

As of now, the Pakistani media has as usual, chosen to ignore the event; it may come up with some face saving narratives on 26 February but overall the sentiment stays lukewarm and in cover-up mode. A few newspapers have reiterated the oft quoted posture that the NDA government in India unnecessarily accused the country of complicity and did not heed the offer of Prime Minister Imran Khan for a joint investigation. “The Hindu quoted another government official as saying that it was difficult to reach the masterminds of the attack and that since all the accused had been killed, it was not possible to verify the technical evidence gathered,” writes the Pakistani daily newspaper, the Express Tribune on the subject.

The above constitutes an expected response from a country that insists upon treating its Armed Forces, especially the Pakistan army, like a holy cow and would refrain from talking about anything that is a source of embarrassment for “the establishment.” 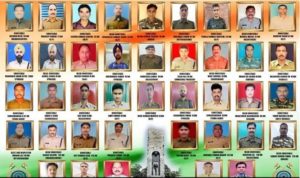 Before the Balakot strike. Pakistan had, for long, used the “act, deny, seek joint investigation approach” to wiggle out of the dastardly acts that it perpetrated in Kashmir. The country was not prepared for the incisive riposte that came by. It fumbled in response and set out a weak aerial counter the next day that made a hero out of an Indian pilot, Wing Commander Abhinandan Varthaman who downed a mighty F-16 with his outdated MIG-21, ejected into Pakistan territory, was taken prisoner and released within a few days due to the strong Indian diplomatic response.

Overall, the very unfortunate incident and loss of lives of Indian soldiers in an act of mindless violence was handled by the Government of India with great courage, fortitude and maturity. Care was taken not to escalate hostilities between the two nuclear weapons armed neighbours beyond a particular threshold. The world too stood by India for what was perceived to be a just and righteous military action in the face of a grave provocation by Pakistan. Pakistan was left with no option to accept the situation. The end result was that the nuclear bogey on which Pakistan had been holding India to ransom since long stood broken forever.

India has not been subjected to a big terrorist strike since the Pulwama incident. However, to surmise from this hiatus that Pakistan has learnt its lessons would be a big error in judgement. In 2021, also in February, there was an agreement between the militaries of both nations to recommit to a ceasefire along the Line of Control (LOC) and International Border (IB) that was first declared in 2003. The agreement continues to hold (with a few aberrations) but is has not led to a complete cut down of terrorist activity in the Union Territory (UT)  of Jammu and Kashmir, as can be seen from the considerable number of counter terrorist operations launched by the security forces all through 2021 to the present time.

The Indian Army has been given a free hand by the Government of India to rid the region of the menace of terrorism once and for all. It is doing so with an approach that is both humane and professional. While terrorists are given no respite, a concerted attempt is being made to get the youth back from the fold of terrorism and also conduct operations will minimum collateral damage. As a result there is considerable peace in the region.

This situation is an anathema for the terrorist masters sitting across and “the establishment” too. Pakistan is determined to increase the threshold of terror in Kashmir and is quite desperate to do so early since it is losing out on its cadre strength and even Over Ground Workers (OGWs) in Kashmir. It is looking for new and innovative methods to infiltrate terrorists, push in money and weapons and also indoctrinate the local youth on to the path of terrorism. Since its task is becoming more and more difficult by the day, the possibility of doing something sensational to resurrect morale is well in the realm of reality.

The bottom line is that another Pulwama cannot be ruled out and hence the need to remain ever vigilant.  India also needs to make it clear to the world, time and again, that she will not relent from punishing Pakistan should the country attempt any misadventure in coming times.

(Jaibans Singh is a Geo-strategic expert and columnist)