Terrorism in Jammu and Kashmir 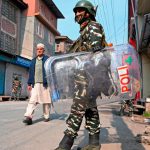 Jaibans Singh Ramadan is a sacred month when Muslims across the world observe a month of fasting, an activity regarded as one of the five pillars of Islam. This year the month of Ramadan commenced on 23, April and will culminate on 23, May. During this month, Muslims are decreed by Allah to emphasise on acts of “Deen” (religion) rather than worldly matters. Ramadan is not … END_OF_DOCUMENT_TOKEN_TO_BE_REPLACED 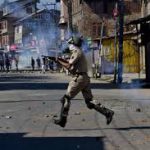 Jaibans Singh The Kashmir valley has been in the throes of violence for more than a month now. A vast array of suggestions and recommendations for diffusing the situation are flooding the media and the information domain. Many are relevant, but, an equal number are aligned with the party and ideology that the person belongs to. The plethora of divergent ideas is causing a lot … END_OF_DOCUMENT_TOKEN_TO_BE_REPLACED 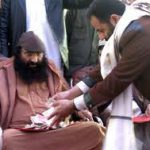 Jaibans Singh Pakistan’s Inter Services Intelligence (ISI), as a part of its road map for fermenting terrorist activity in Jammu and Kashmir, misguides and indoctrinates Kashmiri youth into the fold of terrorism. These indoctrinated youth are sent to Pakistan Occupied Kashmir (POK) for training before being re-inducted into Jammu and Kashmir as indigenous terrorists. The ISI … END_OF_DOCUMENT_TOKEN_TO_BE_REPLACED