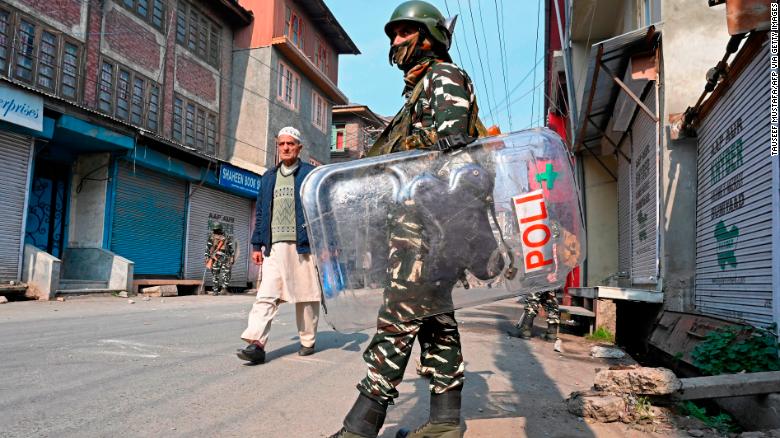 Ramadan is a sacred month when Muslims across the world observe a month of fasting, an activity regarded as one of the five pillars of Islam. This year the month of Ramadan commenced on 23, April and will culminate on 23, May. During this month, Muslims are decreed by Allah to emphasise on acts of “Deen” (religion) rather than worldly matters. Ramadan is not only about fasting; it is also about being humble, modest and above all, free of all animosities; it is about discipline, self control, self reflection and reformation, a time when the believer ponders over spirituality and piety and brings about a change in his own self for the better. Eid-ul-Fitr, a festival of joy, is a befitting celebration and thanksgiving that marks the end of the holy month of Ramadan.

It becomes very difficult to come to terms with the cult of violence and hatred that has, since advent of terrorism in the Kashmir Valley, become a characteristic in the month of Ramadan. This year too, the terrorist cadre has remained active despite its drastically reduced numbers. Terror masters have increased efforts towards recruitment and are giving huge monetary incentives to the Kashmir youth to join the self destructive path of terrorism. It is so because infiltration of foreign mercenaries from Pakistan has been curtailed drastically by the vigilant Indian Army and , as such, internal recruitment is the only option left.

In the hinterland of Kashmir, terrorists, at the behest of their foreign masters, are hitting out during the holy period of Ramadan. The security forces are responding incisively. Relentless counter terrorist operations are being carried out in a professional manner. More than 30 terrorists have been killed in the month of April alone, of which, more than 15 have been eliminated in the last few days since the holy month has commenced. Through this year, terrorists has suffered a back breaking loss of nearly sixty fatal casualties.

Despite being an Islamic state and despite being in a critical situation due to unfettered spread of the coronavirus across the country, Pakistan has not stopped its consistent cease fire violation along the line of control during the month of Ramadan. It has, in fact, increased the pressure drastically. Border villagers of Nowshera, like Village Pukharni, where the Muslim community resides, have been observing the sacred month of Ramadan under shelling by Pakistan. A ground report prepared by a local newspaper Daily Excelsior says, “one of the villagers Mohammad Altaf got injured due to bullet from Pakistan side, when he was sitting inside his house. Although he was treated but the bullet could not be taken out from his body.” Similarly, Pakistan has also been shelling in Bhawani, Shermakri areas. The same conditions prevail all along the LOC including the Kashmir sector.

There are two occasions when the Union Government took a decision to  “suspend operations” during the holy month of Ramadan. The first initiative was taken by the Atal Bihari Vajpayee led NDA government in 2000. It was termed as Non Initiation of Combat Operations (NICO). NICO was fuelled by an intense desire that Prime Minister Vajpayee nurtured to put an end to violence in Jammu and Kashmir. The noble policy failed to produce the desired results despite being in place for five long months.

As an end result the number of terrorists operating in the state increased drastically, resulting in intense counter-terrorist operations in 2001 and 2002 to neutralise the added numbers. Pakistan based terrorist organisations like the Jaish-e-Mohammad got an opportunity to invigorate their cadre and this led to the attack on the Indian Parliament, which took the two countries to the brink of war.

The second such attempt was made by the NDA led union Government in 2018. A request for “ceasefire” was made by the then chief minister of the state and agreed to by the Union Government.  The noble initiative hit a roadblock right from the word go. “Ceasefire is not an option. We deem it as sin to the sacrifices rendered in the freedom struggle. We are the heirs of martyrs and opting for such choice is treachery to their blood,” said Abdullah Ghazanwi, spokesperson of the terrorist organisation Lashkar-e-Toiba (LeT). Even as the ceasefire announcement was being made, terrorists opened fire on an Army patrol in Shopian District of South Kashmir.

Not to be left behind, the Hurriyat leadership came up with its own brand of statements. Mirwaiz Umar Farooq said that a month of no action is nothing more than a “farce” while the chairman of the Jammu and Kashmir Liberation Front, Yasin Malik, described the decision as a “Mazaak” (Joke).

The sad truth is that the people of the Union Tserritory and the security forces have to contend with an ignoble enemy who will not relent from his malicious objectives even on the most holy religious occasions. Hence, Ramadan and the fight against coronavirus will perforce have to go hand in hand with the fight against Pakistan sponsored terrorism and violence. The security forces, on their part, are very alert and vigilant to ward off terrorist attacks. It is for this reason that the terrorist are not getting the type of success that they are looking for despite making numerous attempts.