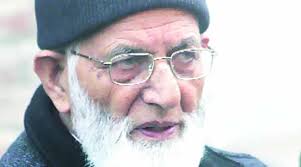 About two decades back, on April, 24, 1998, Syed Ali Shah Geelani wrested control of the All Party Hurriyat Conference (APHC) from Mirwaiz Umar Farooq. He went on to become the architect of the darkest, most turbulent period in the history of Kashmir.

APHC was created by the Mirwaiz on March 10, 1993 as a political front to raise the so-called cause of Kashmiri independence. Under Mirwaiz, the conglomerate attempted to remain within the political domain and further its cause by political means. It was not averse to a negotiated settlement of the Kashmir issue, with Pakistan as a party to the talks, and it remained in touch with the Indian Government to achieve the same.

In the late 1990s Pakistan’s Inter Services Intelligence (ISI) became quite disenchanted by the lacklustre performance of APHC. Its constant squabbling and internal dissension was not taking the separatist movement anywhere despite a colossal expenditure by the ISI.

The conglomerate further lost credibility in the eyes of its masters after the success of the 1996 and 1998 Lok Sabha elections.  It was under these circumstances that the elevation of Syed Ali Shah Geelani as Chairman APHC and the unceremonious ouster of Mirwaiz came by. The meeting of 24, April, did not have change of Chairman as a part of its agenda and to that extent the exit of Mirwaiz was quite humiliating.

The coup was engineered, in no small measure, by Syed Sallah-ud-Din, the leader of the terrorist organisation Hizbul Mujahedeen and Chairman of the United Jihad Council (UJC).

The involvement of Sallah-ud-Din was an indicator of the rejection by terrorist organisations of the conciliatory policies adopted by the Mirwaiz. The terrorists simply did not countenance the unconditional offer for talks with the Indian Government.

The complete radicalisation of the APHC , its subservience to Pakistan and to the terrorist cadre is the legacy of Syed Ali Shah Geelani to his organisation and to his people. He brought with him the self defeating agenda of Jammu and Kashmir joining Pakistan and blatantly used the platform provided by the Hurriyat to propagate the same. He introduced into the separatist movement an element of religion by describing it as a part of the larger pan-Islamic struggle.

The irony of the unfortunate saga is that around the same time when Geelani got this elevation, his parent organisation, the Jamaat-i-Islami, was in the process of adopting a moderate and reconciliatory posture. The Amir of the organisation, Ghulam Mohammad Bhat, had given a call for an end to the violence perpetrated by the “gun culture” in favour of working towards a political solution.

The elevation of Geelani negated the efforts of Bhat also and increased the threshold of conflict; it gave a boost to terrorist activities and added to the problems of the people.

APHC however could not bear his rigid postures, abrasive politics and pro-Pakistan leanings and he was forced to resign in 2003. The Hurriyat leadership blamed him of having weakened the cause by bringing about a division in its ranks. He formed a separate entity, the Hurriyat (Geelani) that never gained political significance.

In yet another set back the very next year, Geelani was forced to part ways from his parent organisation – the Jamaat-i-Islami. He attempted to keep himself politically relevant by floating another organisation, Tehreek-e-Hurriyat (TeH), that he formed on August, 07, 2004.

Geelani has, over time, attempted to go in for an image makeover. In 2012 he reached out to a larger, national and international, audience with a new avatar as a statesman. He released a pamphlet called “Qaid-e-Inqilab: Syed Ali Geelani”, in which he related his version of the Kashmir issue. He gathered around himself a motley group of pseudo human rights activists and marginalised segments of high society, who are always willing to support a lost cause in order to gain publicity. With them he organised seminars, book releases etc, as a platform to give inflammatory, one-sided and unwarranted comments on the Kashmir issue. Such comments were and continue to be picked up by a gleeful media always hungry for sensationalism, and Geelani gets his few moments under the sun. The entire exercise, however, did not accrue the results that Geelani was looking for; it was a mere pinprick and continues to be so.

Geelani’s relations with Pakistan also witnessed more downs than ups. The nadir came in 2015 when his so-called most solid and dependable ally dumped him unceremoniously due to political expediencies. Geelani boycotted the Eid Milan Party at the Pakistan High Commission in New Delhi as a protest against non-inclusion of Kashmir in the talks between Prime Minister Narendra Modi and Nawaz Sharif at Ufa in Russia. Ever since, India-Pakistan relations have taken a big dip and Geelani has regained some value for Pakistan. It is astounding that, after being used like a puppet, he continues to show servility to Pakistan.

India has always treated Geelani with respect due to a mass leader. He has been provided with medical facilities, free of cost, in the best government hospitals like AIIMS. His children have received the best possible education within India and are now pursuing lucrative professions in Pakistan, Saudi Arabia etc. far from the miseries of Kashmir. His “selfless sacrifice” has definitely been good for his family.

No self respecting leader who is fighting for the freedom of his people would bow in this manner. Geelani’s opportunism is not hidden from the people who have lost respect for him.

Geelani had in him the acumen to do something for his people. After all, he fought and won three elections before treading the path of fundamentalist, right wing separatism. Even while holding on to his political ideology and principles he could have been of value by following a moderate path. Sadly, because of his rigid and impractical approach he let the opportunity pass by. Today he is a dejected and frustrated man who, in the twilight of his life, is being looked upon as a failure and trouble monger.

(Jaibans Singh is a reputed columnist and author)