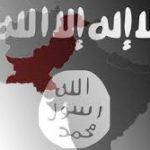 Jaibans Singh Sartaj Aziz, Advisor to the Prime Minister of Pakistan on National Security and Foreign Affairs has, of late, shown a penchant for brushing aside all talk of the presence in Pakistan of the Islamic State of Iraq and Syria (ISIS) also called the Islamic State (IS) and “Daish.” The situation on ground, however, belies scope for such optimism which is yet another … END_OF_DOCUMENT_TOKEN_TO_BE_REPLACED 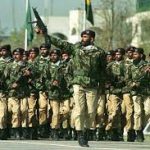 Mehtab Karan Singh The Pakistan army has, since the inception of the nation, positioned itself as the savior of the country; an entity without which nothing can function. It has projected itself as the defender of the faith against a much bigger and malevolent neighbor like India and guardian angel of the people against corrupt politicians. The Tehreek-e-Taliban Pakistan … END_OF_DOCUMENT_TOKEN_TO_BE_REPLACED