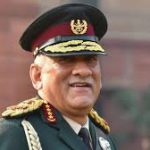 Jaibans Singh There was an instance recently where the Cabinet Secretary, Government of India, had allegedly addressed the Chief of Defence Staff (CDS), General Bipin Rawat as "Shri"  and put down his designation as "Secretary" DMA,  in an official letter to the Department of Military Affairs (DMA), Ministry of Defence (MOD).  The first thought that comes to … END_OF_DOCUMENT_TOKEN_TO_BE_REPLACED 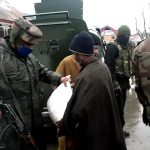 Jaibans Singh Jammu and Kashmir and Ladakh are facing their own set of challenges while combating the COVID 19 (Corona/Chinese) Virus. While there was worry about Ladakh earlier, now Kashmir is emerging as a cause of concern. Ladakh, of course,  is not completely out of the danger zone, one infection case has come up in district Kargil on April, 2, 13 days after … END_OF_DOCUMENT_TOKEN_TO_BE_REPLACED 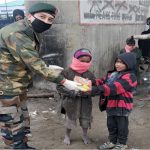 Dr. Simrit Kahlon As the world grapples with the spread of COVID 19, the possibility of a rapid spread in South Asia from Pakistan and Iran, where Chinese influence is more pronounced, is causing great concern. China has a growing influence and presence in Iran. It is the largest buyer of Iranian oil after US President Donald Trump re-imposed sanctions on sale … END_OF_DOCUMENT_TOKEN_TO_BE_REPLACED