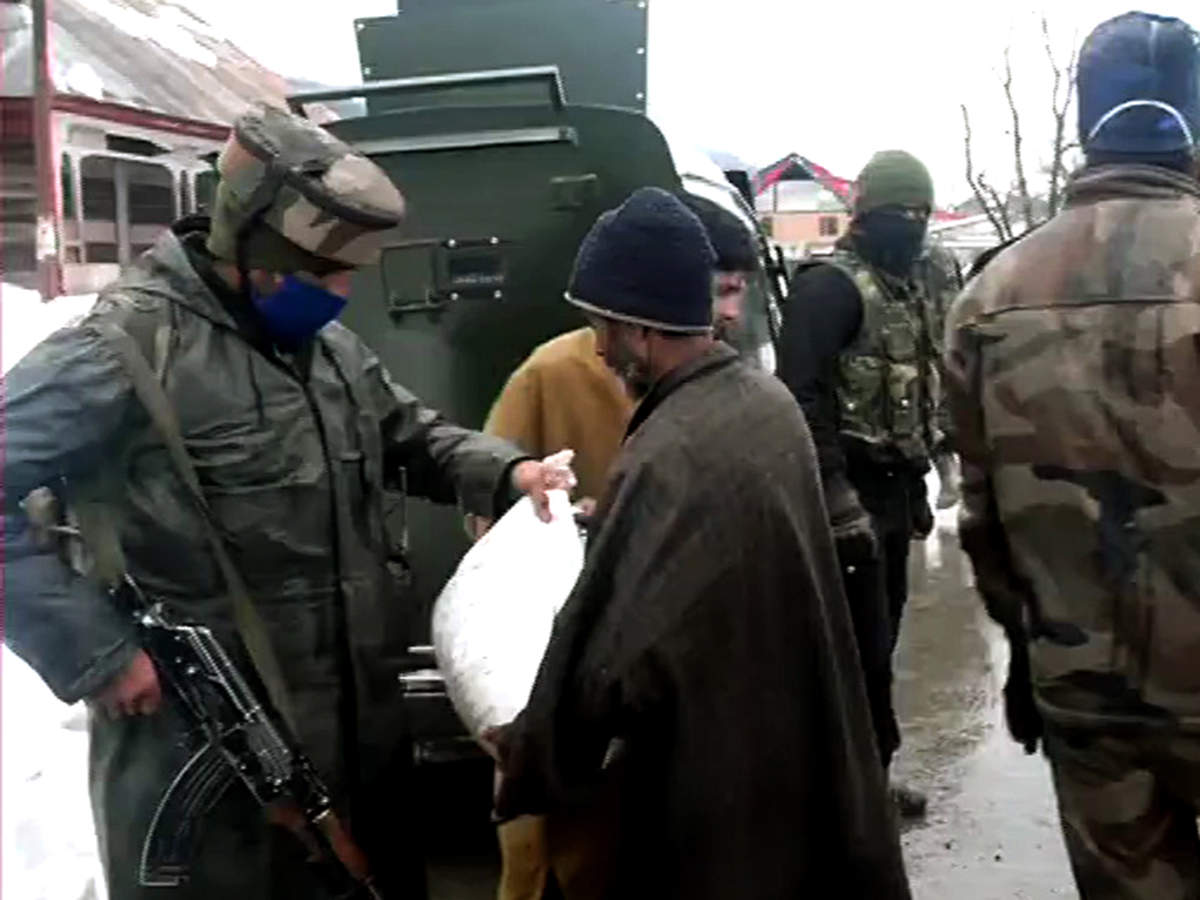 Jammu and Kashmir and Ladakh are facing their own set of challenges while combating the COVID 19 (Corona/Chinese) Virus. While there was worry about Ladakh earlier, now Kashmir is emerging as a cause of concern. Ladakh, of course,  is not completely out of the danger zone, one infection case has come up in district Kargil on April, 2, 13 days after the last case was identified. The process of Quarantine and isolation will have to continue over there.

Jammu and Kashmir has recorded more than 60 active cases with nearly 50 reported in Kashmir alone. The high number in Kashmir is due to many people having been out of the state when the virus broke out. Sadly, a large number among them did not go into self isolation and also hid their travel history; as a result now 17,041 people are under active surveillance. It is to the credit of the state administration that it has in place a very effective contact tracing system that is controlling the spread to a great degree.

The Indian Army is keeping alive it tryst with people of Jammu and Kashmir and Ladakh by coming forward unilaterally to assist in every manner possible. The Army formations in the two Union Territories are providing all infrastructure and facilities that the administration requires to boost its resources.  Representatives of the Army are regularly attending multi agency meetings to remain conversant with the response mechanism. Sustenance assistance in terms of rations, basic medicines, water, transportation, airlift etc is being provided seamlessly, without involvement of red tape, requisitions etc.

Army doctors are carrying out regular interaction with civilian medical authorities to work out modalities for management of  the COVID and Non-COVID patients. Plans for segregation of hospitals are being worked out jointly.  The army is, in a quiet, sure footed manner, preparing to meet the possibility of a quarantine surge with creation of facilities in anticipation. It is being termed as the crisis expansion protocol. The army has also created modified protective kits thorough its famed innovation resourcefulness.

The Army’s biggest contribution is in creating awareness on measure to be adopted to avoid infection. It has in place a number of Hash Tags, like #StayHomeStaySafe; #OpNamaste #CoronaMuktAwam among others with which it passes simple, pithy and easily understandable messages. Great effort is being put in to adapt the advisories with multi-media sources ranging from videos and  audios in social media (WhatsApp, Twitter Face Book et al) to brochures, pamphlets, banners and leaflets etc. PA systems, local TV Cable systems and Hailers are being used to spread the message, especially so, among own troops and families.

A good method of convincing the people to adhere to the norms is emphasising that these form part of the “Best Practices” evolved by the army for itself. Videos on these best practices are being shown in various forums. Senior Army medical officers in uniform are recording videos explaining the basics of the Virus and the steps required to be taken to avoid infection.

The campaign has an added advantage of being initiated by the army, an institution on which the people, especially in Kashmir, repose a high degree of trust and confidence. It is being taken very seriously by the people. In view of it scale, reach and trust factor, the campaign is turning out to be very successful.

The Army has also identified such people of the labour and daily wagers class who need support and made for them provision of ration, water soap, sanitizer, masks and all other items required to pass through these difficult times. Among these are migrant labour from other states who are in dire need of assistance. The assistance is being given after application of all social distancing norms prescribed by the medical authorities.

While the most needy are being given special attention, others in need are not being ignored; helpline numbers have been prominently displayed and given to all Government offices and community leaders, any call for assistance is promptly responded to. After taking all precautions, Army Kharait (well being) Patrols are being sent to civilian areas for checking out that all is well

The need to preserve water, whose use it gaining epic proportions due to frequent hand washing, is another core area that the army is focusing on. Within the service, methodologies have been laid out to offset the extra and essential use by preserving from the non-essentials. A concerted attempt is being made to sensitise the people in this regard.

The army is running many education initiatives from the Goodwill Schools to Super-30 and similar porgrammes. In order to ensure that education does not suffer, an attempt is being made to provide access to the students to Digital learning applications. In a novel initiative, the Srinagar based Chinar Corps has collaborated with @extramarks & @iDreams for ensuring unimpeded academic pursuits for the students of Kashmir.

The army is alive to the fact that a Corona spread within would have serious repercussions. It is for this reason that assistance is being provided to the civil administration only after taking all prescribed medical precautions. Internally, the army has evolved extensive procedures for safety of all ranks and families. These are being assiduously followed in unit lines, offices, formation headquarters and all other essential institutions. Institutions like canteens and shopping centres, without which normal life is possible, have been shut down altogether.

The world is in the receiving end of the biggest challenge of the century as posed by the COVID 19 Virus. Ultimately, human spirit will prevail and things will  get back to normal. When that happens, it is the manner in which people helped each other that will be remembered. India is putting up a valiant fight, which has resulted in  the lowest numbers of deaths in this highly populous country.  The spirit being exhibited in Jammu and Kashmir and Ladakh by the people and the Indian Army soldiers is praiseworthy emulates the spirit of India.