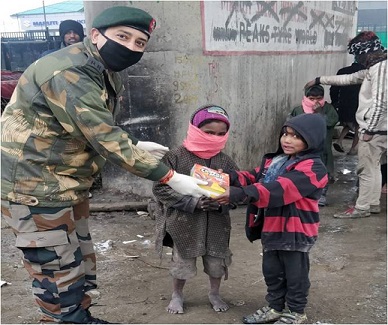 As the world grapples with the spread of COVID 19, the possibility of a rapid spread in South Asia from Pakistan and Iran, where Chinese influence is more pronounced, is causing great concern.

China has a growing influence and presence in Iran. It is the largest buyer of Iranian oil after US President Donald Trump re-imposed sanctions on sale of Iranian oil;  China has also committed billions of Dollars investment in Iran. As such,  visits by a large number of Chinese to the country is routine.

Chinese influence and presence in Pakistan needs no elaboration. A huge trading channel is running from Xinjiang in China to the Gawader Port in Balochistan through Gilgit-Baltistan. A large numbers of Chinese are working on various CPEC related projects. They are moving around freely in almost all Government offices, military establishments and commercial areas of Pakistan.

Coming back to the Corona Virus, it is widely believed that China discovered the first trace of the virus in November, 2019. The highly contagious nature of the virus was also known  by December, 2019, yet, the totalitarian regime of the country managed to keep the matter under wraps. China declared the state of an epidemic in Wuhan only in late January. By then,  movement of millions of people had taken place in and out of Wuhan; many came towards Iran and Pakistan causing a wide ranging spread of the infection.

Iran has already declared a considerable presence of the Virus with more than 20,000 active case and more than 2000 dead.  Pakistan, however, is tight lipped about the impact; its quoted figures are too less in comparison to other countries like Italy, Spain, US and Iran, where there is direct Chinese influence; thus, they are not reliable.

There are reports of widespread infection within the Pakistan Army inclusive of the families of military personnel.  The reason behind this possibility is not difficult to fathom, Pakistan Army personnel visit China frequently. Monitoring of trade movement from China and joint work of CPEC leads to close proximity of Army personnel with the Chinese. Being elitist in nature the soldiers, especially senior officers of the army did not subject themselves to quarantine in time. Hence, the infection in Pakistan Army rank and file would definitely have originated from China directly. This is considered to be the strongest most deadly strain of the Virus.

Reports suggest that scores of Pakistani  army personnel have already tested positive and about 2000 are quarantined. Results of tests for a large number are awaited. The solders identified were serving in different areas of the country including Pakistan Occupied Kashmir (POK) and Gilgit-Baltistan. Areas like Muzaffarabad, Domel, Bagh, Rawalakot, Kotli, Mirpur, Balochistan, Khyber Pakhtunkhwa, Rawalpindi, Muree and of course, Punjab have reports of cases flowing in.

To avoid media glare and also to prevent more infection to Army persons, their families and others of the Pakistani political elite, Quarantine facilities for all infected personnel of this category are being established in POK and Gilgit-Baltistan. In order to hide the deep design some affected civilians are also being allowed into the Quarantine areas.

There are already 624 cases in POK and 77 cases in Gilgit-Baltistan reported. These are the result of interaction with Iran and forced interaction with Chinese working on CPEC and in business ventures and also with Pakistan Army. Now with the large number of military cases being quartered there the region has been opened to a calamity. The poor people are in the cusp of yet another huge tragedy.

The spread of the virus in Jammu and Kashmir (mainly Kashmir) is escalating with a sudden spurt in the last few days being witnessed. As things stood on Sunday, 29 March, more than 30 positive cases with two deaths had been reported with Doctors expressing worry of a large increase in coming days. It is believed that the virus came into the Valley through Iran where a fair number of the valley population goes for studies, business and pilgrimage. Another reason for concern is that one person from Kashmir who was a part of a group that attended a Tablighi Jamaat congregation in New Delhi has died of the infection. Now efforts are on to trace all other attendees and quarantine them.

The Kashmir administration is putting in a herculean effort to control the situation. Facilities in the hospitals, mainly, SKIMS and Chest disease hospital are being ramped up, Those who have a history of foreign travel within India and abroad are being identified and quarantined as are others who have come in contact with the first lot.

The Indian Army is helping in every way that it can; it has initiated a #CoronaMuktAwam campaign that is designed to create awareness on prevention and best practices through Pamphlets, Videos etc. and through Social Media. Those who are stranded are being looked after by the Army. It is also providing infrastructure support to the civilian administration by transporting Fumigation Machines and chemicals by air and other such activities.

With Pakistani Quarantine facilities so close to the Line of Control, proliferation from across to Kashmir also needs to be guarded against. Even a few infected clothes thrown on to his side can have a devastating consequence and doing something of this nature cannot be put beyond Pakistan.

Jammu and Kashmir, therefore, will need to look at the challenge of controlling the spread by inimical means emanating from across the border. The best recourse in Kashmir is that all those who have a travel history should declare themselves and go into voluntary Quarantine. The remainder population should, very strictly, follow the social distancing and lockdown norms. Vigil along the border should be heightened; extensive intelligence activity to counter all Pakistani moves will be required. The Corona Virus challenge is by far, most critical for Indian in Kashmir; it will require concerted effort to  be kept in control.