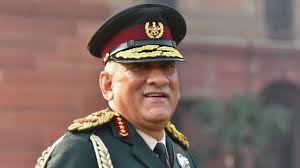 There was an instance recently where the Cabinet Secretary, Government of India, had allegedly addressed the Chief of Defence Staff (CDS), General Bipin Rawat as “Shri”  and put down his designation as “Secretary” DMA,  in an official letter to the Department of Military Affairs (DMA), Ministry of Defence (MOD).

The first thought that comes to mind is that this letter that is doing the rounds is fake and has been mischievously circulated to create dissension and bad blood with respect to the vibrant new organisation, DMA. How otherwise could an official letter of such import be leaked with such ease? However, even if this letter is fake then too it has the potential to inflict damage to the aura of our revered Armed Forces. Even a presumption that it could be genuine raises ones concern manifold. An attempt is being made through this article to address this matter in a manner that would bring clarity with regard to the Government-Military interface and role of the CDS.

“Shri” is a beautiful word that gives the highest respect to the person being addressed, it is used for all dignitaries including presidents and prime ministers. However, in the context of the Armed Forces there is no precedent or tradition of affixing any title of reverence and respect before the name of a soldier, they are addressed by their rank only.

It is so since Armed Forces personnel hold Commissioned Ranks, granted to them at the pleasure of the President of India in his capacity of being Head of the State and also as Supreme Commander of the forces. A similar precedent in followed in other democratic countries like Britain where the Queen, as Head of the State, grants the Commission. A title given by the Head of State, can be taken away only by the same office. The Armed Forces personnel, therefore, retain their rank for life and are authorised to affix it to their names even after retirement. Such is the case across the world, one does not hear of the British, American or other military personnel being called Mr. or General Mr.

The personnel of Central Government services are not Commissioned, they are Government Servants. As such, their designation is written after their names and they do not carry it to their retirement.

To address an Armed Forces personnel, serving or retired without rank amounts to insulting the President of India in whose pleasure the person holds the rank. This being done in a Government communication is a very serious matter indeed. The fact that, prima facie, the communication appears to be a fake only adds to the criticality.

The designation of  Secretary for the CDS is also creating confusion with regard to the role and responsibility of the new appointment. Is he an Armed Forces personnel on the active list holding the rank of General or is he a civil servant on deputation to a department of the Government? Quite obviously he cannot be both since it would lead to contradictions as has emerged from the letter itself.

The “letter” in question is purportedly written by the Cabinet Secretary. In this letter, he has given an overall directive to ministries to remain ready to give a robust “Whole of Government” response to the Corona Virus situation.

In this instance of a virus afflicting the Nation and the whole world, the primary role of the Armed Forces would be to keep themselves isolated so as to stay fit to take on their primary responsibility of defence of the Nation. The same has been clarified by the COAS, General Manoj Mukund Naravane, in no uncertain terms. The office of the CDS cannot be leveraged to use the Nations military resources as administrative assets

More critical is the fact that by incorporating the highest office of the Armed Forces in a call for a “Whole of Government” approach, a message has been sent to the world through this “letter” that India is calling out the military to “assist” the Governments effort to meet the Virus situation.

Calling out the military in an emergency  is seen as the last resort of a Nation. It denotes a situation of emergency. In Pakistan, the Imran Khan Government has failed and hence the Pakistan Army has taken charge. Such a recourse has grave strategic and security implications for Pakistan as it would have for any nation.

India is nowhere near any such situation where Army assistance would be required. The central and state Governments, with their integral assets are very much in control of the situation. Across the Nation, the Police is doing a wonderful job, even Paramilitary has not been called in. There does not seem to be even a remote possibility of a situation coming to pass where the Armed Forces my would be required. Their singular responsibility in this situation is to ensure that troops stay fit and fine.

Certain MOD assets like the DRDO, Ordnance Factories, some military hospitals etc. can assist in research and production fields or to boost the medical infrastructure, They are already doing so. These come, not under the DMA, but under the Defence Secretary. Undoubtedly, this “letter” if it was written at all,  must have gone to the Defence Secretary. There was, as such, no need to separately address the DMA

The contents of this “letter” (if written), would create a contradiction in what the Government expects from a Secretary led DMA and what the Nation expects from the CDS.

The DMA should not be seen as one more department to the MOD. If such becomes the case then Secretary, DMA, would merely be fulfilling the vision of the prime minister of inducting highly rated professionals in government departmental verticals  on contract to offset the  “Generalisation” that the Indian Administrative Service (IAS) cadre represents.

While “Secretary DMA” would improve the staff level functioning of the MOD, the requirement of a single point Advisor to the Defence Minister and through him the Political leadership of the country would remain unfulfilled.

For too long now there has been confusion with regards to the interface between the Government Ministries and the Armed Forces. There are acrimonious protocol issues and turf battles that come up all the time. These could be genuine issues or created by inimical powers for vested interests of weakening the national fabric. It is important to stay vigilant against any form of dissension.

Employment of the Armed Forces for any role in war or peace is a political decision conveyed to the force directly by the political leadership. The civilian structure has a staff duty to perform. It provides administrative inputs to political leadership to assist in the decision making process. The strategic and military input, which is of primary importance, is provided only by the Armed Forces themselves and this is the primary role of the CDS.

Regardless of the Government being a Democracy, Communist, Dictatorship, Monarchy or whatever, mishandling of the Armed Forces can lead to its downfall and that of the Nation. The enemy remains forever active to create this confusion, build trust deficit and create dissension that weakens the national fabric. Within the sub-continent there are many examples to this effect. In recent history, the British took over the Indian sub-continent by using such psychological tools, could the British have ever defeated the Khalsa Army in Punjab  if it had remained politically cohesive?

Lingering sores can fast become cancerous. It is the responsibility of the political leadership to ensure that dissension does not creep in, for this the leadership has to generate a positive political will and take on contentious issues in a honest and transparent manner to nip acrimony in the bud. Here’s hoping that the “letter controversy”, whether it is a fake or genuine, is dealt with the sensitivity and application that it deserves.