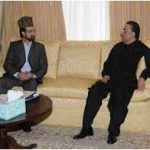 Jaibans Singh The last few months had witnessed considerable forward movement in diplomatic ties between India and Pakistan. Consistent rounds of meetings between the Foreign Secretaries and even Foreign Ministers of the two countries had created an impression that things will soon take a turn for the better. There was talk of a possible visit to Pakistan by Prime Minister … END_OF_DOCUMENT_TOKEN_TO_BE_REPLACED 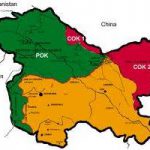 Prabhakar Gupta Siachen is once again in the news, thanks to General Kayani’s peace overtures in the backdrop of the avalanche mishap at the Pakistani post, Gayari, on the glacier. This overture, supported by the lusterless meeting in New Delhi between Prime Minister Manmohan Singh and President Asif Ali Zardari of Pakistan, has impelled Pakistan to put the demilitarisation … END_OF_DOCUMENT_TOKEN_TO_BE_REPLACED 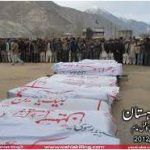 S Ranjan President Asif Ali Zardari visited India to exchange niceties. A solid euphoria was created around the visit; the gushing over Bilawal Bhutto; the $ I Million donated by the Bhutto/Zaradri family from what they have looted from the hapless people of Pakistan, particuarly occupied Kashmir; the exchange between Bilawal and Rahul Gandhi; the menu for the high profile … END_OF_DOCUMENT_TOKEN_TO_BE_REPLACED 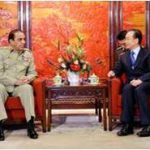 Prabhakar Gupta Pakistan had been on a roller coaster ride since the day Hussain Haqqani, then Pakistani ambassador to the US, was accused of initiating an unsigned note to the Americans seeking help to avert a possible military coup. The note, allegedly initiated at the behest of President Asif Ali Zardari, continues to cloud the future of democracy in Pakistan. It led to the … END_OF_DOCUMENT_TOKEN_TO_BE_REPLACED