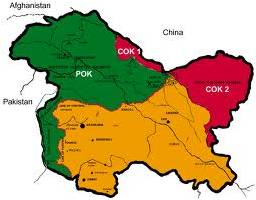 Siachen is once again in the news, thanks to General Kayani’s peace overtures in the backdrop of the avalanche mishap at the Pakistani post, Gayari, on the glacier. This overture, supported by the lusterless meeting in New Delhi between Prime Minister Manmohan Singh and President Asif Ali Zardari of Pakistan, has impelled Pakistan to put the demilitarisation agenda into top gear. Unfortunately, Pakistan’s politics are getting ample support from the gushing Indian media, especially so, the electronic segment.

It seems that the leadership in Pakistan has, by now, cracked the art of manipulating Indian media. Somebody, up or down the maverick chain of Pakistani leadership makes a statement and our media, joined by self styled pundits, get into overdrive in presenting their views. Breathless television anchors ask inane questions from mostly ill informed panelists to present, what they pass off as, an unbiased viewpoint. Sadly, what comes across is that a segment of the Nation’s population and opinion makers have a tilt towards the Pakistani point of view. At the end, utter confusion prevails. The worst comes about when the subject is suddenly dropped mid-way to make space for some other sensational issue. Ultimately, Pakistan emerges as a beneficiary having used our infrastructure to launch a psychological campaign against us from our own soil.

What is it that had changed in the Indian position on Siachen which called for the lengthy debate recently perpetrated? The Indian government gave no indication of changing its position on the issue on the basis of statements emanating from Pakistan, so where was the need for the Indian media to initiate a debate on the Pakistani point of view? The media overdrive has, sadly, created an impression that the Indian side is open to discuss Kayani’s suggestions. Some in India have gone so far as to speculate that the Indian Prime Minister is ready to take the incoming Army Chief onboard to sell out on Siachen so as to gain the Nobel Peace Price; this is preposterous and absolutely ridiculous.

The truth is far removed. The fact is that both nations have demonstrated a willingness to explore a negotiated settlement with 12 rounds of talks held between 1985 and 2011.Regrettably,none could reach fruition because of the recalcitrant attitude adopted by Pakistan and mutual mistrust exacerbated by the Kargil conflict. The dispute revolves round the extension of the line of control (LOC) beyond NJ 9820420, a point on the Saltoro Range known by its map reference. The demarcation of the LOC ends at this point; “ thence north to the glaciers” is what the Karachi agreement of 1949 stated about the extension. According to the Indians this meant that the LOC should extend north wards along the Saltoro Range up to Sia Kangri; Pakistan’s stand is that beyond NJ 9820420, the LOC should extend eastward up to the Karakoram pass. Extending the LOC northwards would give the entire Siachen Glacier and Saltoro Ridge to India, while extending it eastward would give it to Pakistan.

The common misconception in the minds of politicians and bureaucrats is that the Siachen sector comprises only the Siachen glacier and hence demilitarization should be no big deal. What is at stake actually is that Pakistan wants India to give up the Saltoro Ridge, on which runs the actual ground position line (AGPL). Now at play is also that territory of Jammu and Kashmir which Pakistan has illegally ceded to China and which is now being termed as Chinese Occupied Jammu and Kashmir (COJK). The AGPL on the Saltoro Ridge now overlooks COJK on the North through Indira Col, the northern most part of Siachen, thus providing strategic and terrain domination to legitimately dispute Chinese illegal presence here; Indian presence also here blocks routes of ingress to the vital Ladakh and Kargil sectors.

Another aspect under debate is the ‘Cost-benefit ratio analysis’; defence and integrity of borders cannot be debated on grounds of cost. Further, the costs of redeployment and demilitarization would outweigh the cost of maintaining present positions, as the defensive and logistical infrastructure ‘in-situ’ will have to be destroyed on the pull back of troops.

India has, earlier, maintained that no re-deployment or demilitarization will take place, unless Pakistan agrees to delineate the AGPL in the Siachen sector and authenticate this on maps, to be signed by senior military officers of the two Nations. Now, the creation of COJK has added yet another strategic dimension to the problem. Pakistan is aware that it can ill afford the deployment in the glacier due to its instable political, military and economic domestic environment. Hence, with a clever sleight hand it has transferred the threat to India from itself to the Chinese. Now India will have to include a demand for removal of Chinese presence form COJK before talks on the issue can proceed any further.

Pakistan has used the emotive platform provided by the recent death of its soldiers in the unfortunate avalanche to launch the recent blitzkrieg on the Indian media. In the ensuing proceedings Pakistan has cleverly maintained a tacit silence. Now, if the Indian leadership does not respond favourably, Pakistan will emerge as a wholly aggrieved party.

Let us face facts, with COJK in the picture, the Siachen issue has gained even more dangerous proponents for India. It is a strategic decision that the government should be taking with utmost deliberation and after listening, appreciating and respecting the advice of its serving military leadership. The media and its armchair strategists have little or no role to play in this dangerous game. They would be well advised to stay away from the same for the sake of national security. If anything, hard decisions taken by the government should find unstinted support from the media.