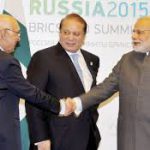 Jaibans Singh The breakdown of the much anticipated National Security Advisor (NSA) level talks between India and Pakistan on terror and regional security has come across as a big disappointment. The strategic community of both countries that well understands the need for stability in the subcontinent to open doors of prosperity for its teeming millions, rooted energetically … END_OF_DOCUMENT_TOKEN_TO_BE_REPLACED 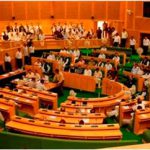 Pankaj Sharma The news about scores of Sarpanches and Panches resigning in North Kashmir under terrorist dikat hogged the media limelight in October and November, 2012. Then there were calls from organisations like all Jammu and Kashmir Panchayat Conference (AJKPC) to boycott polls for four Members of Legislative Council (MLC’s) seats under Panchayat quota scheduled in … END_OF_DOCUMENT_TOKEN_TO_BE_REPLACED 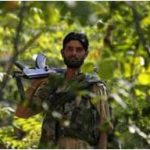 S Ranjan In recent times the Omar Abdulla government has come under immense political pressure over the rehabilitation policy for militants who crossed over to Pakistan Occupied Kashmir (POK) during the peak period of insurgency and are now desirous of leaving the path of violence to get back within the fold of their families. The opposition Peoples Democratic Party (PDP) has … END_OF_DOCUMENT_TOKEN_TO_BE_REPLACED