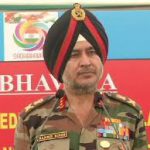 Jaibans Singh “Indian Army is a very potent, responsive and accountable element of national power. It remains committed to be able to take on any challenge as far as external threats are concerned and similarly take on any internal disturbances when called upon to do so. So, as far as the Army is concerned we always carry on in a professional manner and a very strong code of … END_OF_DOCUMENT_TOKEN_TO_BE_REPLACED 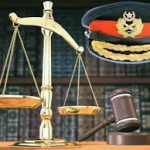 Mehtab Karan Singh Pakistan is presently going through a judicial crisis of sorts! The Pakistan Army is refusing to let go of its Military Courts even though their instituted term including one extension is over. It may be recollected that Military Courts were instituted in Pakistan in January 2015, with a constitutional amendment, as a response to the terror attack on a … END_OF_DOCUMENT_TOKEN_TO_BE_REPLACED 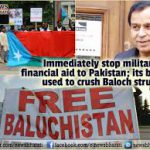 Mehtab Karan Singh Balochistan, the most restive province of Pakistan, has entered into a new era of violence. The pattern has witnessed a change with State terrorism emerging as the biggest cause behind the spiral of violence instead of religious polarisation or nationalist ideology. Inputs regarding atrocities being committed on innocent civilians by the Pakistan Army … END_OF_DOCUMENT_TOKEN_TO_BE_REPLACED