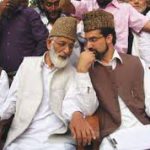 Jaibans Singh On December, 10, the world will celebrate Human Rights Day. This date coincides with the adoption and proclamation of the universal declaration of human rights by the United Nations General Assembly’s in 1948. In Kashmir, the day is normally marked by protests orchestrated by the Hurriyat Conference, a miniscule separatist segment in the Kashmiri political … END_OF_DOCUMENT_TOKEN_TO_BE_REPLACED 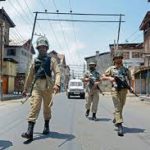 Farooq Wani The recent incident of stone pelting on an army administrative convoy of vehicles, which prompted a response of firing and led to the death of two young boys, has opened a debate on the growing confrontation between the security forces and Kashmiri youth. Since insurgency broke out in the Kashmir Valley in 1990s, mobs have been prudently avoiding direct … END_OF_DOCUMENT_TOKEN_TO_BE_REPLACED