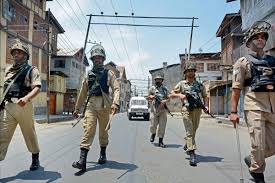 The recent incident of stone pelting on an army administrative convoy of vehicles, which prompted a response of firing and led to the death of two young boys, has opened a debate on the growing confrontation between the security forces and Kashmiri youth.

Since insurgency broke out in the Kashmir Valley in 1990s, mobs have been prudently avoiding direct confrontation with the Army, especially the Rashtriya Rifles. Even through sustained spells of violent civilian protests the army was not targeted. Most seminal confrontations with youth have involved the Central Armed Police Forces (CAPF) or the Jammu Kashmir Police (JKP).

From the bloodbath in Srinagar in May 1990, when some 50 Kashmiri mourners at Mirwaiz Mohammed Farooq’s funeral procession were shot dead by a panic-stricken Central Reserve Police Force detachment that feared it was being overwhelmed, to the three summers of violent street protests across Kashmir in 2008, 2009 and 2010, it was always CAPFs or JKP that came into direct confrontation with the mobs.

All through these periods of extended bitterness, the Army and Awaam (people) of Kashmir extended unusual courtesies to each other. Army posts were seldom directly targeted and Army convoys moved with relative freedom. There were two reasons for this.

Few Kashmiris would admit this, but there is a public respect for the Army’s operational restraint and ‘winning hearts and minds’ campaigns, with the latter having materially benefitted many.
Secondly, violent mobs were largely an urban phenomenon; and the police, not the Army, controlled the Valley’s big cities. Kashmiri separatist leaders realised there would be bloody costs in directly confronting the Army, since such confrontation would be responded to with bullets. It is well known that rifles are the smallest weapon available with the army.

The balance, however, began changing in 2014-2015, when the first flash mobs appeared in rural South Kashmir and challenged ongoing Army cordon-and-search operations. Incidents of unarmed boys pelting stones at armed soldiers in cordons and of interference in counter- terrorist operations grew exponentially.

This mindset across rural Kashmir came by due to many reasons. After the mass agitations of 2008-2010, Kashmiris expected an outreach from New Delhi, including a political dialogue. Further, Kashmiri youth were bitter at the abject failure of armed militancy, with new militants often surviving less than a month in the field before being gunned down by the security forces. The frenzy after the gunning down of Burhan Wani, more of a social media star than a dreaded militant, reflected public bitterness at an underdog having been swallowed by a pitiless security establishment. Many of those pelting stones at an Army cordon are driven by the frantic need to rescue a young man whom they know intimately.

Kashmiri separatists, with nothing to show for months of violent street protests after the killing of Burhan Wani, well understood the sentiment and lost little time in exploiting the same. They knew that the Army would restrain itself when it came to dealing with civilians and when that happened they hit a bulls-eye. This led to organised use of such tactics where messages of operations were floated and crowds started gathering in areas where operations were being conducted and started hampering operations.

The Army, however, does a dangerous job, in which it already imposes numerous restraints on itself to make operations less hazardous to the public, such as abjuring the use of mortars, artillery, helicopters or air power. It could not allow the interference that was being done in the garb of popular protest.

The Indian Army Chief, General Bipin Rawat, found it incumbent to issue a caution against use of such notorious methodologies to hamper counter-terrorist operations. He warned that those who indulge in stone pelting with the intention of interfering with operations would be considered to be “over ground workers” in support of the terrorists and would be dealt with as such. He had also clarified that civilians waving Pakistani or Islamic State flags would be treated as ‘anti-nationals.’

These strong words had been carefully calibrated. The Army, highly experienced in counter-insurgency and counter-terrorist operations, was facing a serious challenge from flash mobs. At times the terrorists holed in were gaining success in breaking the cordon and escaping due to the distraction caused by the flash mobs. The army also suffered avoidable casualties of its soldiers in the wake of the aforementioned tactical situation.

New operating procedures were evolved post the statement of the army chief, wherein, synergised operations with a mixed strength of army and JKP became the norm. While the army concentrated upon the operation the police effectively kept the protestors at bay.

Tremendous success has been achieved by the security forces in neutralization of the terrorist threat in the year 2017 with more than 200 terrorists having been neutralised. The momentum will persist till the region is not totally freed from the menace of terrorism.

The stone pelting has not brought about any paradigm shift in the situation in Kashmir, if it had any impact in the early stages of its application as a policy, the same is no longer visible.

There are other elements of security within the state that merit consideration.

In recent times Pakistan sponsored attempts to infiltrate terrorists  in Jammu and Kashmir have seen an upsurge, in fact, the attempts  have not witnessed a letdown even during peak winter as was the case earlier. The situation has made it imperative for the Indian army to maintain a high standard of vigil and intensify counter-infiltration operations all through the winter months too.

Security Forces are equally involved in sustained counter terrorist operations in the hinterland of Kashmir that are eliciting excellent results. It is necessary to maintain momentum. Senior commanders realise that soldiers’ hands cannot be tied beyond a point.

Separatist and divisive forces are the prime motivators for stone pelting which, by itself, becomes an indicator of the self defeating character of the activity. The best way forward is for the Kashmir people to realise that targeting security forces, especially the army, with stone pelting is not something that will accrue any positive results.