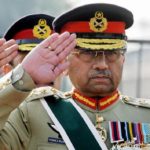 Col Alok Mathur, SM (Veteran) Tom Weiner of New York Times, when referring to the sensational series of coups in Pakistan on 14 October 1999 said, "For months Prime Minister Nawaz Sharif and General Pervez Musharraf were like two scorpions in a bottle waiting to strike." General Musharraf was detailed to go to Colombo to attend a week long Golden Jubilee celebration of … END_OF_DOCUMENT_TOKEN_TO_BE_REPLACED 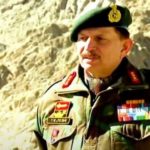 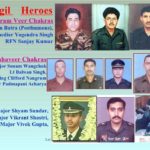 Col. Alok Mathur (Retired) "Do not lament the death of a warrior in battlefield, they are honoured in Heaven"   The fifth round of conflict between India and Pakistan was fought in the heights of Kargil. Code named Operation Vijay, it lasted for 83 days from 3 May 1999 to 26 July 1999. The short and intense war ended with a decisive victory for India. When a unilateral … END_OF_DOCUMENT_TOKEN_TO_BE_REPLACED 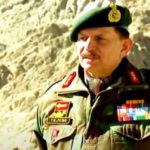 Dr. Simrit Kahlon As the ceasefire holds along the line of control, the Northern Command of the Indian Army has initiated a number of welfare initiatives for the people of the border areas, especially those living ahead of the Line of Control (LOC) fencing. In recent days, a special training drive to prepare youth of the area for recruitment in the army has been launched by … END_OF_DOCUMENT_TOKEN_TO_BE_REPLACED 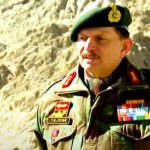 Jasbir Sarai In March-April, 2020, taking advantage of the COVID situation, the People's Liberation Army (PLA) of China made India a target of its "wolf-warrior diplomacy" with simultaneous intrusions in Sikkim (Naku La) and the Eastern Ladakh sectors. While the Naku La situation was contained by traditional protocols, the Eastern Ladakh sector witnessed Chinese misadventures … END_OF_DOCUMENT_TOKEN_TO_BE_REPLACED 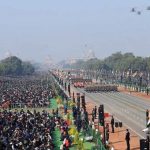 Jaibans Singh India gained independence from British rule on 15 August 1947. At that stage, the country was governed under the provisions of the Government of India Act, 1935. On 29 August 1947, a resolution was moved by the Constituent Assembly for the appointment of a committee to present the draft for a permanent Constitution. An eminent jurist, Dr. BR Ambedkar was made the … END_OF_DOCUMENT_TOKEN_TO_BE_REPLACED 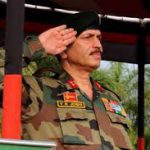 Jaibans Singh On the eve of Kargil Vijay Divas, Lt. Gen. YK Joshi, Army Commander, Northern Command, being one among the heroic commanding officers who led their units in the Kargil War in 1999, gave an interview to a television news channel, CNN News 18. It is notable here that 13 Jammu and Kashmir Rifles, that Lt. Gen (the Lt. Col) YK Joshi commanded in the Dras-Muskoh … END_OF_DOCUMENT_TOKEN_TO_BE_REPLACED 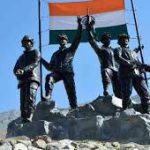 Jaibans Singh India is celebrating, in this month of July, the 20th anniversary of the Kargil War, a military epic fought at heights over 16000 feet and temperatures as low as minus 15 degree Celsius. The ignominious designs of a belligerent neighbour (Pakistan) to violate the territorial integrity of the nation were thwarted by a military action that has no parallel in the … END_OF_DOCUMENT_TOKEN_TO_BE_REPLACED 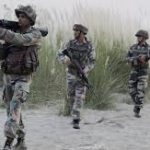 Farooq Wani The nation celebrated “Parakram Parv” from 28 September to 30 September, to commemorate the bravery of its soldiers as demonstrated by the daring raids on terrorist camps set up by Pakistan in Pakistan Administered Kashmir (PaK) with the intention of infiltrating terrorists into the Indian state of Jammu and Kashmir. The raids, carried out on the night of 28-29, … END_OF_DOCUMENT_TOKEN_TO_BE_REPLACED 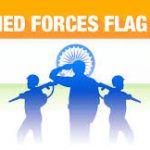 Jaibans Singh Armed Forces Flag Day is celebrated in India every year on December, 7. On this day, the citizens of the country get an opportunity to honour the soldiers, sailors and airmen (collectively termed as “soldiers”) of the country who sacrifice so much in pursuance of their sacred duty to protect the nation. A notable feature of this day is that it provides an … END_OF_DOCUMENT_TOKEN_TO_BE_REPLACED