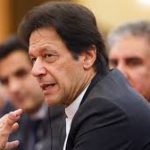 Jaibans Singh A series of events that have taken place recently are indicators of the very precarious security situation in Pakistan. The country is plagued with a series of small wars taking place across provinces. The Pakistan Army has reacted to the terrorist attack on the Hazara community at Hazarganji in Quetta, Balochistan with a massive crackdown in the Province. … END_OF_DOCUMENT_TOKEN_TO_BE_REPLACED 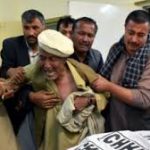 Dr. Simrit Kahlon “You know and I know the ‘War Politics’ that are being played out against the Hazara community in Balochistan. The eighth largest Army in the world and a nuclear power is deployed in every street of the Province in combat fatigues, still terrorists strike at will, so where is the state, does anybody have an answer? You are Baloch, where is your self … END_OF_DOCUMENT_TOKEN_TO_BE_REPLACED