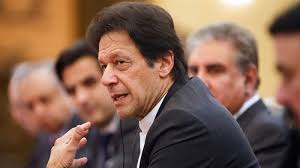 A series of events that have taken place recently are indicators of the very precarious security situation in Pakistan. The country is plagued with a series of small wars taking place across provinces. The Pakistan Army has reacted to the terrorist attack on the Hazara community at Hazarganji in Quetta, Balochistan with a massive crackdown in the Province. Innocent civilians are being harassed with impunity; there are reports that the Army has laid siege on Pirandar and Awaran in Balochistan where a family has disappeared. The names given are a woman called Shahnaaz, her father Abdul Hai and son Farhad, forces are also said to have abducted another woman named Sanam, her five years old son, newly born daughter and mother-in- law Naazal. The acts have drawn widespread disgust and condemnation.

Enforced disappearances have witnessed a significant surge in recent times and the numbers are on the rise. Earlier in February this year the Balochistan Post reported abduction and “disappearance” of two men also from Awaran and Pirandar, who were arrested during raids and taken to undisclosed locations. International human rights organisations like Human Rights Watch and Amnesty International have, on many occasions, accused Pakistani security forces for these disappearances, but the situation has not changed.

Prime Minister Imran Khan has shown very less inclination to apply a balm of the wounds to the Hazara families affected by the terrorist strike. He agreed to visit the region only when pressure was exerted by the locals in the form of a sit in that lasted three days. During the visit, the prime minister did not go to the site of the terror attack; instead the families of the victims were called to the Balochistan University of Information Technology, Engineering, and Management Sciences (BUITEMS) in Quetta where a Fateha was performed. Video images show Khan sitting away from the families, as if an essential chore is being completed. There is no personal touch whatsoever.

Balochistan witnessed yet another terrorist attack at Omara on April, 18, when gunmen reportedly entered a bus, demanded to see identification cards of passengers and killed service personnel travelling in the bus. The casualties included ten personnel serving the Navy, three from the Air Force and one with the Coastguard.

The first thing that strikes as very odd here is that the Pakistan Army allows service personnel from Balochistan to travel in public transport while going on leave knowing full well that they face threat from the militants groups operating there. In a weak attempt to cover the security lapse the Pakistan army has, through Foreign Minister Shah Mahmood Qureshi, attempted to put the blame of the strike on Iran based “terrorist modules.”

The foreign minister told the media that “terrorist outfits” that carried out a deadly attack against armed forces had crossed the border from Iran. “We have shared this actionable evidence with Iran after due authentication, and have identified [the] location of the camps,” Qureshi said, adding that the attackers’ training and logistic camps were based “inside Iranian areas bordering Pakistan.” A protest letter to the Government of Iran has been conveniently leaked out to the media.

To the acute embarrassment of Prime Minister Imran Khan, his foreign ministry was carrying out this exercise a day before he was slated to visit Iran. Apparently, he would not have given sanction for the same and would have preferred to raise the issue personally at the highest level.  It leaves no doubt that the foreign minister of Pakistan was working, not on directions of his own prime minister, but some extra-judicial authority. There is none other than the Pakistan Army to fit the bill. Thus, the prestige of the Army became more important than the prestige of the country and the prime minister.

Apart from the tense situation in Balochistan, there have been significant instances of violence in other Provinces too. Clashes between Pakistani forces and TTP in the AfPak region are commonplace, especially in and around Bajaur Agency. There are reports of targeted killing in Peshawar, North Waziristan. One victim is identified as Zeeshan Wazir, a first year engineering student in Iqra University; the assailants are unknown. There is yet another report of a Shia Mosque being vandalised in Karachi. The Nation is unable to put a check on attacks within the Muslim community itself, how can it legislate on the happenings across the world and speak of “Islamophobia?”

While there is so much turmoil all over, the political situation is also witnessing a paradigm shift. A major reshuffle in the cabinet of the Imran Khan led government has been carried out. The new cabinet is a true copy of the one which was in place at the time of dictatorship of General Pervez Musharraf. There are several technocrats and some like Brigadier (R) Ijaz Shah, a former intelligence officer who was Director Intelligence Bureau in the Musharraf regime. He is said to have played a key role in harbouring Osama Bin Laden and was also named by Benazir Bhutto as a person plotting to kill her.

Reshuffle of a cabinet is normal procedure in any government; the criticality here is that the new entrants are all close to the Pakistan Army, and as such, the firm grip of the army over the Nation becomes very obvious. It is well known that the army keeps security and foreign policy with it and this cabinet is considered to be a successful one in dealing with western nations.

The internal security challenges posed to the country are of growing concern for the international community. How long Imran Khan himself will survive as prime minister is now a big question. Instead of addressing the security concerns the Pakistan Army is interfering in governance and thus sending a wrong message to the militants who wish to rule the roost.  Imran Khan would be a very worried and disillusioned man indeed, his country is going through critical challenges under his watch and he does not have any power to deal with them, this is not what he bargained for.