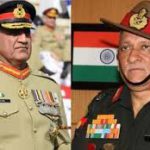 Jaibans Singh The chief of the Indian Army, General Bipin Rawat, recently made a significant statement on Jammu and Kashmir, wherein, he rooted for peace as the only way to improve the situation in the state, especially so, in the Kashmir Valley. “There are some youths in Kashmir who have strayed and have been radicalised. They think they can achieve their goal through guns. … END_OF_DOCUMENT_TOKEN_TO_BE_REPLACED

Jaibans Singh It has become a habit for Pakistan to come back from international forums, especially the United Nations General Assembly (UNGA), with egg on its face. This year, the shame has been even more pronounced for the country. In the recently concluded session of the UNGA, Pakistan Prime Minister Shahid Khaqan Abbasi made his maiden address. This would, perhaps, be the … END_OF_DOCUMENT_TOKEN_TO_BE_REPLACED 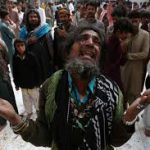 Dr. Simrit Kahlon What goes around; comes around!! The proverb implies that the result of things that one has done will someday have an effect on them for having started the cycle. This proverb describes, most aptly, the fragile situation presently prevalent in Pakistan. Having given wind to the cult of terrorism, the nation is now paying a terrible cost for its misdeeds. The … END_OF_DOCUMENT_TOKEN_TO_BE_REPLACED