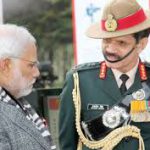 Ranjan Chauhan On January, 15, 2015, on the occasion of Army Day, the soldiers of the Indian Army, in a noble gesture, donated one day’s salary to the Prime Ministers Relief Fund for relief work in the flood devastated areas of Jammu and Kashmir. A cheque of Rs 100 Crore collected through this gracious initiative was presented to Prime Minister Narendra Modi by the Army Chief, … END_OF_DOCUMENT_TOKEN_TO_BE_REPLACED 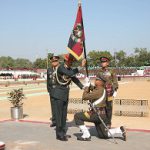 Defenceinfo Bureau Report Mamun, Pathankot:  It was a historic moment for the Army at Mamun Military Station on Wednesday,05 November 2014 when General Dalbir Singh, the Chief of Army Staff, on behalf of the Hon’ble President of India, Shri Pranab Mukherjee, presented the ‘Presidents’s Standards’ to 50 Armoured Regiment and 84 Armoured  Regiment. Both the Regiments conducted a … END_OF_DOCUMENT_TOKEN_TO_BE_REPLACED 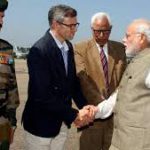 Ranjan Chauhan Prime Minister Narendra Modi has marked the festival of Diwali with a visit to Kashmir and the Siachen Glacier. In Srinagar, he expressed solidarity with the people who are trying to recover from the ravages of floods. While announcing an additional relief package of Rs 745 crore, he assured all possible assistance from the centre to the people to help them … END_OF_DOCUMENT_TOKEN_TO_BE_REPLACED 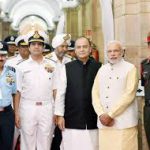 Jaibans Singh Prime Minister Narendra Modi’s first address to the combined commander’s conference went beyond the inane utterances that one has got used to in the last few years. Mostly, such meetings were addressed by reading out of a scripted message prepared by the Ministry of Defence. The proceedings used to be low in inspiration as well as aspiration; one would end up … END_OF_DOCUMENT_TOKEN_TO_BE_REPLACED 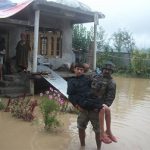 Jaibans Singh The state of Jammu and Kashmir is grappling with the worst floods in the past five/six decades. Preliminary reports place the death toll at two hundred; the actual may be much more. Lakhs have remained marooned over many days and thousands have been left homeless. No doubt the tragedy is of mammoth proportions. The primary thought goes to those who have been … END_OF_DOCUMENT_TOKEN_TO_BE_REPLACED