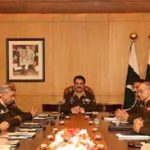 Jaibans Singh The Pakistan Army is back to playing its dirty games along the Line of Control (LOC) and International Border (IB) with India yet again. In a parting gift to its outgoing Chief, Gen. Raheel Sharif, it has ambushed an Indian patrol on the Indian side of the LOC in the Machil sector of the Kashmir Valley on Tuesday, November, 22. It is being appreciated that the … END_OF_DOCUMENT_TOKEN_TO_BE_REPLACED 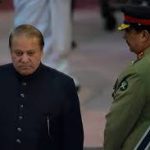 Jaibans Singh How the mighty fall!! General Raheel Sharif, the larger than life chief of the Pakistan Army, has reduced himself to a mere Public Relations Officer (PRO) in his desperation to do something that would build on his post-retirement plans. On Wednesday, 16 November, he gave a statement to the media that 11 Indian soldiers were killed on November, 14, after Pakistan … END_OF_DOCUMENT_TOKEN_TO_BE_REPLACED 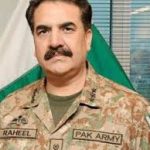 Jaibans Singh “Kashmir is an unfinished agenda of partition. Pakistan and Kashmir are inseparable,” said Pakistan Army Chief, General Raheel Sharif, recently.  This obnoxious, historically ill-informed and immature statement reflects the ignorance of the Pakistan Army chief about the political history of the sub-continent. In his statement, he expressed the need for … END_OF_DOCUMENT_TOKEN_TO_BE_REPLACED 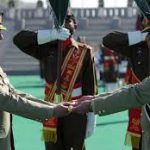 Simrit Kahlon  The handing taking over ceremony between chiefs of the Pakistan army is a huge public affair. It is held in a beautifully laid out stadium packed with army officers, civilian dignitaries and even children. The process includes a ceremonial parade, handing over of the baton from the outgoing to the incoming chief and an address by both chiefs. This process, by … END_OF_DOCUMENT_TOKEN_TO_BE_REPLACED