Jaibans Singh In a very unfortunate incident in Kashmir on Friday, 9 April, terrorists shot dead a Territorial Army (TA) soldier, Havaldar Mohammad Saleem Akhoon, near his home in Goriwan, Bijbehara. The soldier belonged to 162 Infantry Battalion (TA) and had been granted leave from March 22 for 40 days. The brutal murder of the innocent soldier was in line with a well … END_OF_DOCUMENT_TOKEN_TO_BE_REPLACED 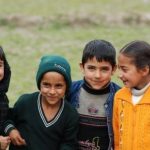 Jaibans Singh Terrorism in Kashmir is gasping for breath, not because Pakistan has shed its evil ways and machinations but because the security forces, led by the Indian Army, have made it very difficult for the scourge to continue. It is surviving due to indoctrination and recruitment, by the enemy, of a few local youth into this shameful and dishonourable path. The … END_OF_DOCUMENT_TOKEN_TO_BE_REPLACED 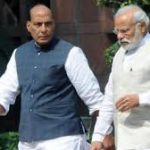 Jaibans Singh The Independence Day address by Prime Minister Narendra Modi from the ramparts of the Red Fort on 15 August, 20 will be given against the backdrop of some monumental events that have been witnessed in the year plus since formation of the NDA II Government in May 2019. These events have a significant impact on national security in the short as well as the long … END_OF_DOCUMENT_TOKEN_TO_BE_REPLACED 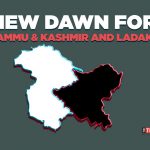 Jaibans Singh  “We as a nation, as a family, have taken a historic decision. A system due to which brothers and sisters of Jammu, Kashmir and Ladakh were deprived of many rights and which was a big obstacle to their development, that system has been done away with,” said Prime Minister Narendra Modi in his address to the Nation on August, 8, post reorganisation of the … END_OF_DOCUMENT_TOKEN_TO_BE_REPLACED 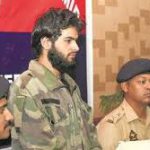 Jaibans Singh On September, 10, in the course of a counter-terrorist operation in Barbugh District Shopian, Kashmir, two terrorist were killed by the security forces while one surrendered. Investigations established that while the killed terrorists were old and experienced cadre of the Hizbul Mujahedeen (HM) the terrorist, Adil Hussain Dar, who surrendered had been with the … END_OF_DOCUMENT_TOKEN_TO_BE_REPLACED 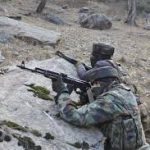 Dr. Simrit Kahlon The efforts of a few forces inimical to the interest of the people of Kashmir led to a situation of turmoil in the Kashmir Valley recently. The issues at NIT and the Handwara incident were stage managed, engineered and exploited by such vested interests to cause disruption and dissension within the region. Security forces were particularly targeted in these … END_OF_DOCUMENT_TOKEN_TO_BE_REPLACED