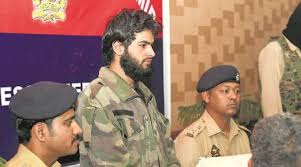 On September, 10, in the course of a counter-terrorist operation in Barbugh District Shopian, Kashmir, two terrorist were killed by the security forces while one surrendered. Investigations established that while the killed terrorists were old and experienced cadre of the Hizbul Mujahedeen (HM) the terrorist, Adil Hussain Dar, who surrendered had been with the organisation only for four months.

Even though the surrender by Dar was significant since it was the first in many years, it would have passed off as a one-time event had there not been a repeat the very next day.

On September, 11, one more terrorist, Arif Ahmad Sofi, caught in a counter terrorist operation in Khudwani, District Kulgam, also surrendered. His two associates tried to escape despite an offer from the forces to accept surrender and got killed in the bargain. They were hard core terrorists with a known involvement in criminal and anti-national activities.

Two back to back incidents of this nature in the backdrop of a significant visit to the state by Home Minister Rajnath Singh give indication of a change in the mindset of the local terrorists in Kashmir.

The Kashmiri youth who have joined the cult of terrorism are now realising their mistake and they wish to get back into the mainstream. Sadly, like in every other criminal activity a person can join terrorism but it is very difficult and dangerous to even try to leave the same. The security of the person as well as that of his family comes under threat from the senior terrorist of his group.

The locals who get swayed into joining terrorist groups soon realise their mistake but hesitate to leave due to fear of reprisal. It seems that they have now evolved a good strategy of waiting for an encounter with the security forces to take place where they can surrender, while their seniors are either killed or apprehended.

The security forces are well aware of the mental trauma that a sizeable chunk of the HM cadre, especially the new entrants, is going through. For this reason, an elaborate drill is being followed to first motivate the encircled terrorists in a counter-terrorist operation to surrender. In certain cases even their families have been called to prompt them to lay down arms.

It is not always possible for them to do so since their more indoctrinated seniors threaten them with death if they make any such move. In the two cases quoted above, the two misguided youth who opted for surrender would have been lucky insofar that their seniors got killed before them and they got an opportunity to surrender.

The security forces are making the right moves to capitalise of the new trend. They have jointly given a surrender offer, with safe passage and rehabilitation, to local terrorists who wish to rejoin the mainstream. The important word here is “local terrorists.” The facility has not been extended to the foreign cadre.

The offer was made in a joint press conference held in Srinagar and addressed by Inspector General of Police, Muneer Khan and Major General B S Raju of the Indian Army. Even though there was no representative of the paramilitary forces in the conference it has also indicated that it is on the same page as the Army and the Police. “We want to assure every citizen of Kashmir that if anyone wants to surrender, safe passage is assured, rehabilitation is assured,” said Zulfiqar Hassan, a senior officer of the Central Reserve Police Forces.
The message that has been sent is that there is complete synergy in thought of the army as well as the police so far as the surrender policy of the government is concerned. The forces will go all out to save precious lives of locals who have been indoctrinated into the suicidal path of terrorism and give them an opportunity to rehabilitate themselves.

The state government has in place a surrender and rehabilitation policy that was formulated by late Mufti Mohammad Sayeed. The policy is meant predominantly for the rehabilitation of youth of Jammu and Kashmir who have crossed over to Pakistan at the advent of militancy in the state and in times thereof. It can, however, be extended to the locals misguided youth who have picked the gun due to indoctrination and now wish to make amends.

The financial package of this initiative includes an immediate grant of Rs. 1.50 lakh in the shape of a fixed deposit and Rs. 2000/- as monthly stipend for three years after the surrender. Good behavior will be duly certified by the authorities taking the surrender and the State CID. The State government will also facilitate vocational training for self employment free of cost.

While the state is doing what it can to isolate the local youth from the curse of terrorism, it is the families and the civil society that can play a more significant role is saving the younger generation from an assured ignominious death that awaits a terrorist.

The elders in Kashmir must understand that sloganeering, lockouts, stone pelting etc. are the drivers sending the boys into the fold of terrorism.

The process of keeping them away from harm should start early when their boys are getting swayed into participating in such activities.

The relentless, incisive counter-terrorist operations that the security forces are conducting in the Kashmir valley with complete backing and support of the government will definitely strike a mortal blow to terrorism. By the end of this year the backbone of terrorism will be completely broken.

Now is the time for the boys, who have been fooled into taking this destructive path, to find ways and means to leave the same before it is too late. The government and the security forces have made the first move by giving an assurance of safety and rehabilitation. It is now up to the misled youth and their families to take advantage of the same and resort to the best recourse of surrender.