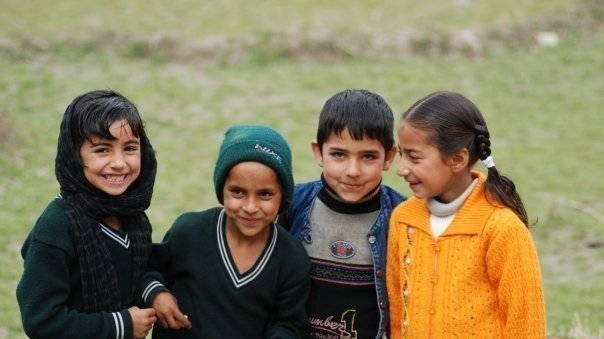 Terrorism in Kashmir is gasping for breath, not because Pakistan has shed its evil ways and machinations but because the security forces, led by the Indian Army, have made it very difficult for the scourge to continue. It is surviving due to indoctrination and recruitment, by the enemy, of a few local youth into this shameful and dishonourable path.

The government authorities, especially the security forces, are trying their best to ensure that the recruitment process is obliterated from the soil of Kashmir forever. The efforts being made include engagement with the vulnerable segment of Kashmiri youth through interaction, provision of sports facilities, career counselling etc. Despite this effort, if some boys do step on to the path of terrorism then efforts are made to get them back through appeals of loved ones and offer of lucrative surrender terms. Further, when local terrorists are holed in during the course of a counter-terrorist operation, last ditch efforts are made to give to them an opportunity to surrender. Family members are brought to the site to appeal to their wards to lay down their arms. Senior members of society and religious leaders are also invoked to make appeals. Public address systems are used for the purpose. Combat is the last resort.

A lot of success has been achieved by the aforementioned steps and the numbers succumbing to the lure of terrorism have come down considerably. Hundred percent success, however, has not been achieved. There is, as such, a need to introspect. Can parents and families of terrorists be absolved of all responsibility? Should they not be ensuring that their children remain away from foreign sponsored machinations and indoctrination? Should they not be creating, within their homes, an environment where their children feel safe and secure under the protective umbrella of the largest democracy in the world? They are well aware of the modus operandi being employed by the recruiters; surely they can evolve effective counter-measures.

Do the men folk in the house somehow push their boys towards terrorism with their constant cribs against the government and the system? Life in the other states of the country is also not easy. People suffer due to a host of reasons; they however, do not take to the gun at the behest of enemies. Hence, instead of speaking incessantly of what all the government and the nation are not doing, should the elders in Kashmir not be discussing ways and means to leverage the benefits being extended to?  Should they not be discussing Kashmir’s contribution towards the cause of the Nation? The focus should remain on making meaningful progress and not on negativity and surliness.

The issue of burial of killed terrorists also needs to be debated and articulated. For many decades the police handed over bodies of slain terrorists to their families for burial as per the norms and customs of the family. Sadly, the families of the slain terrorists allowed stooges of foreign powers to leverage the last rites as a means to whip up passions and encourage other boys also to follow the despicable path of terrorism. Pakistan’s Inter Services Intelligence (ISI) supported “Funeral Brigades” created especially for this purpose and paid handsomely for the job. These funeral brigades collected large crowds for the funeral processions by forcing people to attend through fear of reprisals and maintenance of attendance registers. Makeshift platforms were built from where divisive speeches were given openly on public address systems. Some terrorists also joined ranks to fire shots in the air and then run away through the thronging crowd. Videos were made for social media activism and to get the remuneration from the masters. Despite this, over the last many decades, the bodies were handed back to the families.

In recent times, precautions to be taken in the wake of the deadly Coronavirus have made it imperative for the administration to ensure that large crowds do not gather anywhere. Accordingly, the security forces have initiated a policy of not handing over bodies of terrorists killed in counter-terrorist operations to the families. Instead, a few family members are called to attend the last rites carried out by the government. All precautions like DNA testing and video coverage are taken to maintain records.

The very necessary policy adopted by the government has hit the terror machinery hard and attempts to derail the same are underway. ‘There is anger among parents of slain militants in Kashmir against the policy of not handing over their dead bodies for burial in traditional burial grounds.” state certain media reports. Sadly, not many mention the anger of so many parents of the entire nation, including Kashmir, towards the terrorists who harass and kill innocent civilians and members of the security forces with impunity. Those who die in the hands of these terrorists also have parents and families who get anguished and angry over the loss of their loved ones. So, instead of demanding the right to bury their militant sons in the family grave yards, should parents and families in Kashmir not be working hard to ensure that the boys do not walk on the self-destructive path in the first case?

Within the framework of the Coronavirus restrictions the government has opened up the Union Territory of Jammu Kashmir in totality. Political detainees have been released and communication facilities opened up. Now it remains to be seen whether the opening up will be used for gainful purposes of progress and prosperity or it will be turned into a tool for furthering the agenda of the enemy through increase in stone pelting, proliferation of divisive agendas on the internet, increase in recruitment of locals and terrorists and other such anti-national activities. The ball is now entirely in the court of the people of Kashmir; they can make or break their destiny and the future of their younger generations.