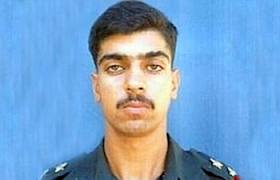 A shameful set of videos from what is termed as “Pakistan Army War History” has emerged on YouTube recently in which Pakistani soldiers in civil dress, could be retired or serving and said to have fought the Kargil war, come on stage and narrate their experiences.  A supercilious anchor takes pains to project them as epitomes of bravery and courage and Indian soldiers as a cowardly lot.  In one of the videos, a diminutive Havildar Feroze Khan boasts of having killed Indian soldiers in hundreds. More shockingly, in another video, one Naik Gul-e-Khandaan narrates his exploits of having killed Captain Saurabh Kalia and his colleagues on May, 13, 1999. All this is being narrated in front of a well educated audience that claps with every affront shown towards the Indians soldier and every narration of the so-called bravery of the Pakistani soldiers

These statements put paid to Pakistan’s assertions that its army did not kill the brave Captain and his colleagues. Former Pakistani interior minister, Rehman Malik, had claimed that Captain Kalia could have died due to bad weather. While the very sensitive matter concerning the torture and killing of Captain Kalia and his colleagues will, undoubtedly, be pursued by the Indian authorities, the immediate need is to bring out the actual manner in which Pakistan fought the Kargil war so that the propaganda that is being generated by the crass, insensitive and ridiculous video on YouTube is nullified.

Even as India was being feted with an olive branch and the Indian Prime Minister, Atal Bihari Vajpayee, was visiting Lahore in the inaugural journey of the Delhi-Lahore bus service on February, 20, 1999, Pakistan troops of the Northern Light Infantry (NLI) were on their way to occupy Indian territories in the Kargil sector.

On May, 03, 1999, two shepherds reported unusual movement to the Army in Banju and Batalik sector; by the second week of May, acting on the tip-off by the local shepherds, a patrol led by Captain Saurabh Kalia was sent to the heights, it was the ambush of this patrol that fully brought to light the infiltration. Further investigation laid bare an invasion by Pakistan forces into a 200 km front in the Kargil sector comprising of Maskoh, Kaksar, Bimbar, Batalik, Yaldor and Turtok.

Pakistan army launched forces exclusively from the NLI. These included 5, 6, 8 and 12 NLI battalions in full strength and elements of 3, 4, 7 and 11 NLI with the Chitral and Bajaur Scouts employed for logistic support. NLI battalions comprise exclusively of troops taken from the Northern Areas and Pakistan Occupied Kashmir – Indian territories under Pakistan occupation. They are hardy, innocent and well disciplined troops with limited education who obey orders to the hilt with a great sense of loyalty. Regardless of their capabilities they are looked down by their Punjabi counterparts and are given a status of low ground soldiers. It was these troops that were chosen as cannon fodder by the Pakistani military hierarchy for sacrifice on the mantle of its unsustainable ambition.

The capture of a diary belonging to a Pakistan officer of 12 NLI confirms that the operation was launched in February when winter was at its peak. The officer’s column lost eleven men in the approach march itself. The remainder suffered dreadful physical torture. In his diary the officer talks of a terrible thirst and living in igloos (snow tents) in treacherous terrain; it is punctuated with narrations of blizzards and prayers for salvation. Only trained mountaineers, especially clothed, equipped and rationed would risk a passage in such treacherous terrain, yet, these poor soldiers were sent to do the impossible. The soldiers were not aware that, right from the word go, the operation was undertaken with woefully inadequate logistic planning. Soon enough, the intruders came face to face with the harsh reality of the treachery of their own leaders when they reached their objective and found themselves without support and assistance..

It is quite evident from the foregoing that the operation was militarily unsustainable, irrational and implausible. It was a political gamble aimed at blackmailing the international community to force India to accept a cease fire followed by mediation on the Kashmir issue. Pakistan took this gamble on a warped calculation of a weak and vacillating Indian reaction, a strong element of surprise and obfuscation of a strong international intervention for fear of a possible nuclear escalation.

The reaction of the Indian army, however, was swift and surgical. 10 to 1 superiority required to launch an operation in this terrain was neither available nor sought when battle was joined. The Indian air force carried out bombing, rocketing and strafing under most challenging and dangerous conditions made more difficult by the order of not crossing the line of control under any circumstance.

The ensuing war lasted about two months up to July end when Pakistan lamely announced the withdrawal of its battered NLI units when there was little left to withdraw. Thus, the ignominious design of a belligerent neighbour to intrude the territory of the Indian nation was thwarted by an action that has no parallels in the history of wars and conflicts. The mature and restrained response of the Indian forces which staved off a nuclear reaction by Pakistan won international acclaim and gave India not only military victory but also a moral ascendancy over Pakistan. It is well known that Pakistan regressed into a repressive military regime to save the skins of those responsible for the heinous plan.

One can only wonder at the audacity of the neighbouring country in uploading in YouTube a warped version of the Kargil war when the whole world already knows the reality. This is nothing more than a base and obtuse form of propaganda. India needs to bring out the truth while also calling for justice in the torture and killing of Captain Saurabh Kalia and his colleagues against established norms of the Geneva Conventions that the barbaric soldiers of Pakistan have admitted to.