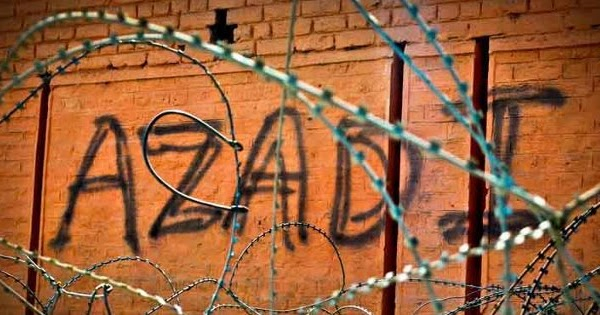 As the situation turns for the better in Jammu and Kashmir with reorganisation of the state into two Union Territories and abrogation of Article 370, there arises a need to look at the, by now, failed concept of “Azaadi” (Freedom) that had been propounded over decades by some self appointed leaders of the Kashmiri people. Has the concept failed because it was not practically applicable and would not have benefited the people in any way?

When the Indian subcontinent  gained independence and was partitioned on religious grounds, Jammu and Kashmir caught the evil eye of Pakistan before its destiny could be decided in an equitable and just manner. The resultant invasion of the princely state by Pakistan unleashed a horrifying brand of barbarity on the hapless people. The Indian Army went in as saviours and restored the situation. After centuries of exploitation Kashmir finally became “free” as a part of democratic India. Sadly, a portion remained under Pakistani occupation  which will, in time, be amalgamated with India, where it belongs.

Some political leaders and heads of feudal families in Kashmir leveraged the conflict between India and Pakistan to further their personal ambitions. These leaders cleverly used certain provisions of the Indian Constitution and vulnerabilities of their docile and simple people to call for complete independence of the former princely state, a dispensation where they would be free to lord over not only the Kashmir Valley but the entire state. Thus, the concept of “Azaadi” took roots.

It did not take Pakistan long to understand the fissures and move in to exploit them. A failed attempt in 1965 to wrest Kashmir from the Indian Union through a mercenary ingress supported by a conventional war led to formulation of the policy of a thousand cuts. The policy was based on fanning fires of insurgency, terrorism and violence through the call for Azaadi.

A revolt was engineered in the valley in 1989 with the help of organisations like Jammu Kashmir Liberation Front (JKLF) and Hizbul Mujahideen (HM) amply supported by Pakistan sponsored terrorism. Pakistan took things a step further by juxtaposing the call for Azaadi (freedom) with  Jihad (holy war). The end result was a breakdown of the social fabric of the region and introduction of a brand of Islam that was totally at odds to the enlightened Sufi version followed by Kashmiris. It is so sad to note that the Kashmiri leadership, for petty personal gain, allowed this political, social and religious churning to take place.

The proximate aim was the seceding of Kashmir to the Pakistani nation. A wider ambition was to catalyse a civil war in India. Hafiz Saeed, the chief of the infamous Lashkar-e-Toiba (LeT) often boasts that his aim is to, “set up, through Kashmir, a Mujahideen network across India which would lead to disintegration of the country.”

The fallacy of Azaadi is so very obvious. What after all is the harm that the Indian Government has caused to the State and people of Kashmir? Which are the atrocities perpetrated on the people and property of this region? Is it an ingression on the liberty of the State if the Union government builds a railway line and connects far-flung  areas of Kashmir with the rest of India? Is  Azaadi  compromised when the Union Government pours developmental aid into the state? Successive Union Governments in their attempts to normalise the situation have been inviting all self appointed stakeholders and so-called political leaders for dialogue, so why has the offer  been consistently rejected and the talks scuttled?

One often wonders as to what the so-called leaders who bay for ‘Azaadi’ would do if, perchance, it comes their way. These people are unable to resolve their internal contradictions; there are those who want to remain independent and there are those who would like to join Pakistan and in each demand there is a clear vested interest. All such eventualities are non-starters. What independence would be gained by leaving India to join Pakistan whose record of democratic rule is abysmal? In case they decide to remain independent, would hawks such as Pakistan, China or the Taliban for that matter allow it? Can the landlocked small region survive in the midst of covetous and malicious dragons?

The hue and cry often raised by Pakistan and Kashmiri separatists about Kashmir being under the occupation forces of India also needs to be tested. For instance, which occupation force would allow masses to protest the way they do in Kashmir? Which occupation force would dodge stones being pelted at them by paid stooges of disruptive forces? Have we forgotten Chechnya, Bosnia, Tiananmen Square and the like? That is the stuff totalitarian regimes are made of. The very fact that Kashmiri’s are being given the liberty to openly and fearlessly harangue against India speaks volumes for the tolerance of the Indian political system and its belief in the ideals of democracy.

The state government is invariably elected by the people themselves in free and fair elections. It holds a majority of functionaries from the Kashmiri Muslim community. Under these circumstances of virtual self rule with more than ample economic support from the centre, is there any plausible reason to be dissatisfied? The call for Azaadi has always been a manipulation of Kashmiri sentiments for huge personal gains of power and wealth.

The young boys of Kashmir, like everybody else in India, aspire for a life of hard work and good money. The constant grouse against India that their elders harbour has created in them a feeling of frustration; a totally wrong belief that India stands between them and their aspirations has been constructed in their minds.

It is time for the people of Kashmir to introspect. Democracy gives power and freedom to the individual to progress and prosper, this has to be leveraged by the individual personally. Kashmiris’  should understand that at the behest of a few corrupt families they have been walking on the wrong path and inflicting untold damage on their coming generations. Finally, instead of aping a new form of fundamentalist religion being thrust down their throat by those who wish to keep them subservient, they should restore their enlightened and integrative  Sufi credentials and resurrect Kashmiriyat. It is heartening to note that a timely lid on the fallacious concept of Azaadi has been put by the Kashmir people themselves.

(Jaibans Singh is a security analyst, writer and speaker)