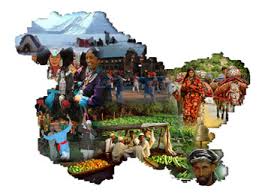 It is heartening to see the government at the centre exhibit a rare confidence in dealing with the situation in trouble torn Kashmir. Undoubtedly, there is political and social pressure accentuated by a shrill media but it has not deterred the government from pursuing a well laid out policy. It has adopted a consistent posture and is working on it with a transparent approach. One gets an impression that the government is quite sure of getting the desired result of ushering peace and development in the trouble torn region sooner than later.

While the government has given an open ended sanction to the security forces to eliminate terrorism while tackling violence and disruption with a firm hand, it is pursuing its development agenda aggressively.  There are many voices in favour of Governors rule since it is providing the social and economic stability that the people aspire for. The Panchayat and local urban body elections held last year are reaping excellent results with the development effort flowing directly to the grass roots level. This may well emerge as a game-changer in the state, especially the Kashmir valley.

However, in a democracy, Governors rule cannot and should not remain beyond a stipulated period, hence the need to install a democratic government soonest possible. It now remains to be seen whether the elected government will take a leaf out of the well liked Governors rule and provide a neat, proactive government or it will regress back to corruption, cronyism and inefficiency as earlier.

Pakistan is in the throes of a massive financial crisis that, it knows, cannot be overcome without tackling Islamic fundamentalism and terrorism that breed on its soil. The government of Pakistan has arrested the internationally wanted terrorist Hafiz Saeed and has removed the well known Khalistani, Gopal Chawla, from the Kartarpur Corridor Committee. Sadly, these are no more than cosmetic steps; Hafiz Saeed has been arrested eight times earlier but never charged, Chawla has been replaced by yet another puppet of the Pakistan Army. In any case, no member of the minorities in Pakistan can go openly against the all powerful army, so, if the army wants to support the Khalistan movement all Sikhs residing in the country will have to play ball, like it or not. Hence, removal of Chawla is no more that a diplomatic sleight of hand.

India is very right in sticking to the position of holding no talks with Pakistan till such time that all terror structures operating in the country are eradicated. This would include disbanding terror organisation like the Lashkar-e-Taiba and Jaish-e-Mohammad in totality. If Pakistan feels that it can take a few steps and prevail upon the international community to pressurise the Indian government into opening dialogue then it is living in a fool’s paradise. Prime Minister Modi is made of much sterner stuff as the whole world knows. On the diplomatic front, the prime minister has successfully convinced world leaders to come together in the fight against terrorism and Pakistan has been universally identified as the chief global sponsor of terror. Pakistan, as such, is becoming quite isolated worldwide as its perfidy gets exposed more and more. Also, the military, political and diplomatic misadventures that Pakistan has a proclivity to indulge in are receiving great punishment along the line of control.

In the realm of dialogue with separatists the government has, despite pressure from many quarters, maintain a righteous stand of not opening talks on their terms. Of course, the door has been kept open for reasonable dialogue but only if there is a doable agenda on the table.

Meanwhile, counter-terrorist operations in the hinterland in Kashmir spearheaded by the Indian Army and conducted with complete support of Jammu Kashmir Police (JKP) and paramilitary forces have witnessed astounding results.  Reports suggest that more than 100 terrorists, including senior commanders of the LeT and Hizbul Mujahedeen, have been eliminated in this year itself of which a major number have been killed in the last month and a half.

When terrorists of local origin come in the dragnet of the security forces, people gather into a crowd, pelt stones and interfere in the operation in a desperate bid to save them. The security forces have complete sanction from the government to carry on with their work regardless of this interference. Pressure from the media and other political avenues is not being allowed to play on the minds of the security forces in pursuance of their duties.  Of course, standard operating procedures are in place to keep the locals at bay while ensuring their safety. Quite clearly, the government has the will and determination to take the battle into the enemy’s turf.

A segment of the media is trying its level best to somehow mute down the pressure with a “cry wolf” approach and terming the policy as tough and inflexible. If seen outside the prism of self serving politics and with application of a deeper understanding, the modus operandi comes across as firm, unambiguous and righteous. Most importantly, it is producing the desired results. Thankfully the government is steadfast and resolute in following the chosen path, criticism by media and other elements notwithstanding!

Gone are the days when the separatists, the terrorist and Pakistan had their space; now they stand exposed and are clearly running for cover, Pakistan does not wish to loosen its grip on the lumpen elements that it nurtures in Kashmir but is too hard pressed to do anything tangible. The government today has charted a path that meets the aspirations of the people by providing to them what them need the most – peace and development. An ability to sustain its confidence is bound to reap good results.

(Jaibans Singh is a security expert and columnist)