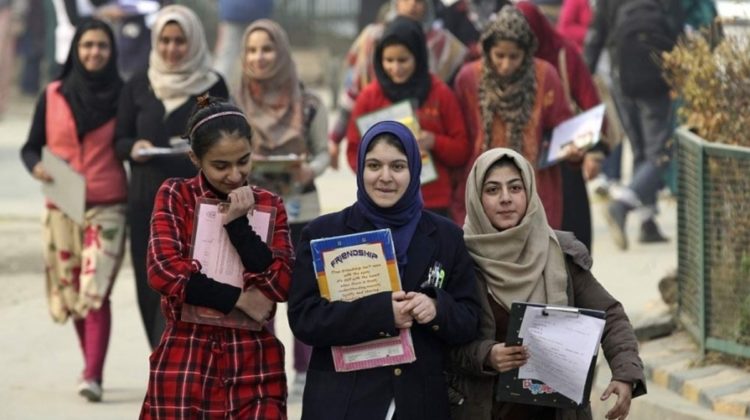 The second anniversary of change in constitutional status of Jammu and Kashmir has passed off peacefully in the Union Territory (UT) and especially in the Kashmir valley. When the legislation was passed in the Parliament on 5 August 2019, many with a vested interest in maintaining the status quo had predicted widespread protest against the said constitutional amendment and had warned of unprecedented violence. Thankfully, the people realised that the move was in their favour and did not rise in protest, as was predicted.

By mid-2020 all leaders of the UT who had been detained as a precautionary measure were released. On realising that they were no longer in a position to contest the righteous action taken by the parliament and accepted by the people, they joined hands to form the People’s Alliance of Gupkar Declaration (PAGD). They lay down repeal of the constitutional amendments and restoration of status-quo ante as the objective of the alliance. With the All Party Hurriyat Conference (APHC) more or less decimated and out of political contention the PAGD is trying to fill up the space, however, it is a very weak and ineffectual alternative politically while remaining as divided within as the Hurriyat was.

The PAGD made a weak attempt to put across its point on the eve of the second anniversary. It issued a statement which said, “The hoax of BJP’s Naya Kashmir is a joke now. People have started questioning those in authority as (to) what they have achieved by destroying Kashmir which came into being through protracted historic struggle of the people of J&K. By demolishing the constitution of J&K, the government crossed all the limits of constitutionality,”

The statement is high on rhetoric and weak on substance. It failed to realise that the Constitution of J&K was, by itself, a travesty and a blot on the principles enshrined in the Constitution of India. They also speak only of Kashmir and not of Jammu and Ladakh regions which were also affected by the constitutional amendment.

The people have not paid any heed to the activities of this small set of marginalised politicians. The shops in Srinagar city including Lal Chowk opened after some time despite the call for a shut down. Other places like Anantnag, Budgam, Ganderbal and Kupwara etc did not witness any shut down. In the Jammu region, of course, there was nothing other than celebration. The growing BJP cadre in Kashmir carried out a vigorous celebration complete with dance, song and music at Church Lane in Srinagar. BJP National General Secretary, Tarun Chugh, joined the celebrations. “Gupkar gang parties are still trying to disrupt the positive narrative in J&K,’ said Chugh. BJP spokesperson in Kashmir, Altaf Thakur, added that there is no place for anti-national elements or those spreading terrorism in “Naya Kashmir.” 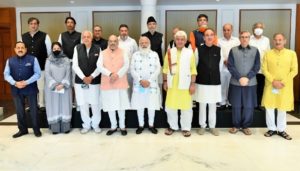 The ground reality is that the central Government and the state Government are very serious about ushering “Naya Kashmir” in its entirety and that too within a logical time frame. All actions are focussed in this direction. The concept is to apply a balm on the deep wounds afflicted on the very brave people of the region by the enemy sitting across the border through three plus decades of terrorism and disruptive activities.

The security forces led by the Indian army have made a sterling contribution. Peace prevails along the Line of Control and International Border with Pakistan. This is because the neighbouring country is unable to sustain the high cost of attempting infiltration. The strong diplomacy adopted by the central Government has also compelled Pakistan into curtailing its nefarious activities.

The hinterland is almost cleaned out of the terrorist elements. In a written reply to a question in the Rajya Sabha, Minister of State for Home Affairs, Nityanand Rai said, “The number of terrorist incidents has reduced during 2020 by 59 per cent as compared to 2019 and 32 per cent up to June, 2021 in comparison with the corresponding period up to June, 2020.” The data speaks for itself.

Politically the thrust of the Government is to strengthen grassroots democracy for which reason the DDC elections were held and all Panchayati Raj institutions are being given resources and motivation to perform. Creditably, they are doing a wonderful job. The Government is fairly confident of holding elections for the legislative assembly and will do so as soon as the process of Delimitation is completed.

A lot is being done to usher fast paced development in the region and above all provide avenues of gainful employment to the youth. Capital flow is coming from the Government as well as private players. Connectivity and communication; health and education and above all a transparent and corruption free governance are the Key Result Areas of the state Government.  Implementation of KRAs is being ensured under the close watch of Lieutenant Governor Manoj Sinha.

Presently, such is the tourist rush despite the COVID scare that there is no room available in Srinagar. Important economic areas like trade, agriculture, horticulture and handicraft etc are gaining momentum due to better ease of doing business. Youth are being absorbed in jobs in the central government and business enterprises outside the Union Territory. Many industrial units are being established under the new Industrial Policy and will soon start their operations.

The situation is the UT has been well summarised by the Union Foreign Minister S. Jaishankar, “In the last two years, Jammu and Kashmir has experienced true democracy, development, good governance, and empowerment and as a consequence, India’s unity and integrity have been enhanced immensely,” he says. The PAGD has vowed to “continue the struggle.” One can only wish that good sense prevails among them and, instead of following a contrarian path, they join in the effort to usher in a new era.