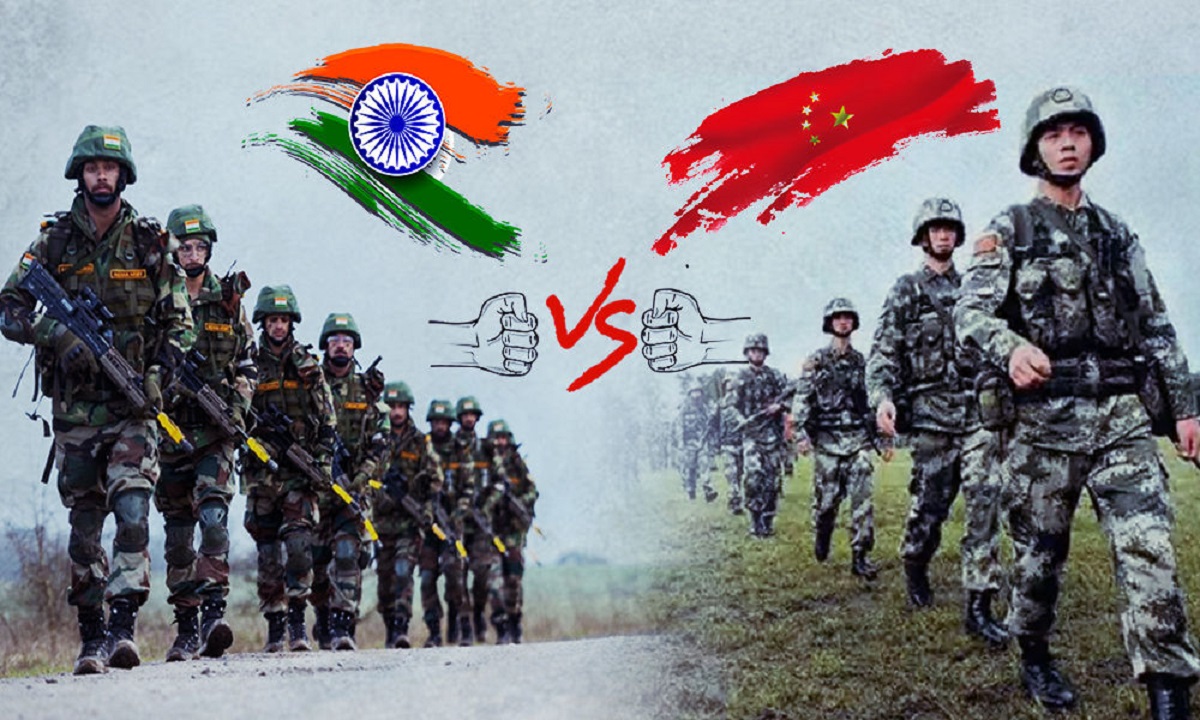 The month of May last year (2020) witnessed a belligerent face-off between India and China along the Line of Actual Control (LAC) in eastern Ladakh. While tensions had been witnessed for quite some time, it was in early May that China moved in to make India a target of its “wolf warrior-diplomacy.” The process started with press statements, harsh articles in its mouthpiece Global Times and accusations against India of unfair trade practices. Once the pressure was built,  it moved on to the dispute of the Sino-Indian Border.

China moved in troops, built temporary structures and bunkers, activated airfields and used Helicopters/ it justified its actions as a response to “illegal constructions of defence facilities across the border into Chinese territory by India.” It kept escalating the tensions amid many meetings on ground between the military commanders of both countries and diplomatic parleys also.

Of significance in the rising tensions was the physical clash between Indian and Chinese troops at Galwan in mid-June. The Chinese troops who initiated the aggression were singularly routed with casualties crossing the 100 mark while India too suffered fatal casualties of 20 soldiers including Colonel Santosh Babu, the iconic commanding officer of 16 Bihar. The face-off gave China the first indication of India’ s determination to oppose its expansionist tendencies at all costs.

The Indian Army built on this victory with a series of bold, brave and professional military moves that put China on the back foot. Worth mentioning here is the incisive manner in which the Indian (Vikas) troops carried out an operation to hold the Kailash ranges to dominate the Chinese Moldo garrison; the Chinese were caught completely by surprise and were put on the  back foot.

On February, 10, 2021, the Chinese relented and agreed to maintain status quo ante in the most contentious Pangong Tso Lake sector. A  disengagement process with withdrawal to pre-designated locations well within claim lines on both sides was put in place.

A lot of brainstorming was done by strategic analysts to understand the motive behind the Chinese move to disrupt the status quo along the LAC. Two big reasons were attributed for the same, the first was a need to build on the macho image of President Xi Jinping and the People’s  Liberation Army (PLA) as strong and decisive entities to off-set internal dissension in the wake of the COVID fiasco. The second was to give a message to India to stay away from the US in any strategic alignment directed against China.  It is also known that India is the only country opposed to BRI and CPEC; China’s sharp power dictates that either you are with them or against them.

President Xi Jinping had presumed that with the US preoccupied in its acrimonious presidential elections and internal problems, he would get a free hand in dealing a small blow to India to shore up his dwindling image and power.  What he failed to factor in was the courage and fortitude of the Indian Army personified by the likes of Colonel Santosh Babu.

As things stand  presently, the troops have yet to disengage from several disputed points on the LAC.

India has not only built upon its military strength all along the LAC but has also strengthened its relationship with the QUAD, an “informal” group comprising of US, Japan Australia and India

focusing mainly on non-security issues, but one which China perceives as a strategic alliance aimed at containing its interests in the Indo-Pacific region.

The foregoing is reason enough for China to look more assertively at India in coming times and this could well explain the slow down by China in the disengagement process. China has been using its obdurate propaganda machinery to send a message to India to desist from becoming ‘overconfident’ due to support of the US and other countries.

In recent times, China Merchants Port Holdings Company Limited bought a 99-year lease on Hambantota Port in Sri Lanka as a result of Sri Lanka falling in a debt trap created by China. Now, Sri Lanka’s parliament has passed the controversial Port City Bill, creating the country’s first Special Economic Zone (SEZ) despite widespread domestic dissent due to sovereignty issues; the main, perhaps only, beneficiary is China. The perceptible increase in the Chinese footprint in the region is a big strategic concern for India.

Over the years, China has sought to limit India’s response by entering into territorial agreements with countries neighbouring India, most prominently Pakistan. This apart it has given soft power support to terrorism directed against Indian soil and built infrastructure in occupied territories. It remains motivated and aggressive due to its financial power with a GDP that is about six times more than India. A hot LAC is, therefore, what China and the PLA want for obvious reasons.

China , however, would not want to escalate tensions along the LAC beyond a point since it involves commitment of troops that it can ill afford. It will, therefore, attempt to put pressure upon India through other means too as is obvious from its move in Sri Lanka. It will also exploit whatever vulnerabilities India shows in dealing with the COVID situation and may win over the neighbourhood with an aggressive vaccine diplomacy

That said, the Northern region of the country now marked by the Union Territories of Jammu & Kashmir and Ladakh are for India a significant strategic space and a diplomatic battleground. They cannot be ignored and hence the need to get ready for escalating tensions in the coming times.

India needs to understand that with China the chess board is out and out political in nature. What happens along the LAC is a part of the larger political game being played at a multi-dimensional level. The situation can be handled only by a strong political leadership that maintains a ‘whole of nation’ approach. While the Armed Forces ensure territorial integrity the political leadership will have to come up with answers to all challenges posed by the aggressive behaviour of the belligerent neighbour.

(Jasbir Sarai is an army veteran and Geo-strategic analyst)