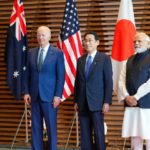 Jaibans Singh The May, 24 meeting of QUAD leaders at Tokyo  for the second person-to-person summit has activated the strategic community worldwide into speculation about the global power play in the region, including the Asian mainland and the Indo-pacific. The main issue that is being contemplated is the possibility of China too being confronted with a two-front threat, as … END_OF_DOCUMENT_TOKEN_TO_BE_REPLACED 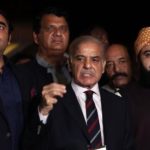 Jaibans Singh Pakistan has managed to keep alive its rather ignoble tradition of no prime minister completing his/her full term in office. Imran Khan almost reached there, only to be shunted out unceremoniously at the tail end. Let us briefly run over the drama that was played out to bring about the regime change. Shehbaz Sharif  exhibited his astute political skills by … END_OF_DOCUMENT_TOKEN_TO_BE_REPLACED 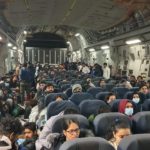 Col Alok Mathur (Retired) A C 17 Globe Master lll of the Indian Air Force took off from Hindan Air base at 0400h on 2 March, 2022 and headed for Bucharest, the capital city of Romania, on a relief mission as part of the daring humanitarian evacuation mission code named Operation Ganga, launched by the Government of India for safe return of its citizens, especially young … END_OF_DOCUMENT_TOKEN_TO_BE_REPLACED 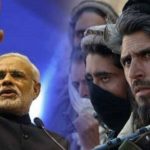 Dr. Simrit Kahlon It is now more than a month since the Taliban seized control of Afghanistan post the withdrawal of the US and NATO forces. The month gone by has witnessed considerable violence in the crisis prone country with a debilitating military operation in its Panjsher Province whose outcome is not very clear. This apart, while the Taliban is wrestling with internal … END_OF_DOCUMENT_TOKEN_TO_BE_REPLACED 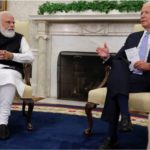 Jaibans Singh The 76th session of the United Nations General Assembly (UNGA) witnessed the usual fireworks between India and Pakistan. The ball was set rolling, as usual, by Pakistani Prime Minister Imran Khan who addressed the Assembly virtually. Khan, instead of taking a statesmanlike position, chose to once again parrot his favourite cliques against India. He opined that … END_OF_DOCUMENT_TOKEN_TO_BE_REPLACED 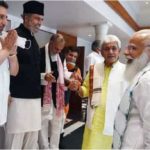 Jaibans Singh The Government of India invited political leaders of  Jammu and Kashmir (J&K) for a meeting in Delhi chaired by Prime Minister Narendra Modi. The centre gave no agenda  for the meeting and placed no time restrictions. By doing so, it opened the forum for the participants to say what they wished and for as long as they wished. The meeting was held on … END_OF_DOCUMENT_TOKEN_TO_BE_REPLACED

Jasbir Sarai The month of May last year (2020) witnessed a belligerent face-off between India and China along the Line of Actual Control (LAC) in eastern Ladakh. While tensions had been witnessed for quite some time, it was in early May that China moved in to make India a target of its "wolf warrior-diplomacy." The process started with press statements, harsh articles in its … END_OF_DOCUMENT_TOKEN_TO_BE_REPLACED 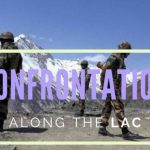 Hardip Bedi Despite freezing temperatures, there has not been a dull moment along the Line of Actual Control (LAC) with China in the past few months. Considerable heat, in fact, is being generated with "talks and skirmishes" going hand in hand. The 9th Corps Commanders level talk between Indian Army and PLA, held on 24 January, culminated after a marathon 16 hours session. … END_OF_DOCUMENT_TOKEN_TO_BE_REPLACED 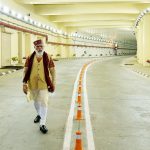 Jaibans Singh On Saturday, 03 October, 2020, Prime Minister Narendra Modi inaugurated the Atal Tunnel. It holds huge strategic and social significance for the country and specifically for Himachal Pradesh and the Union Territory of Ladakh. The Atal Tunnel will reduce the road journey from Manali to Lahaul- Spiti and onwards to Ladakh by at least four to five hours. More … END_OF_DOCUMENT_TOKEN_TO_BE_REPLACED 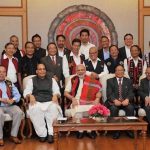 Col. Alok Mathur (Veteran) The final frame work of the Naga Peace accord that was initiated on 3  August, 2015 by the NDA-I government is  likely to be concluded in September 2020  at New Delhi under direct observation   of Prime Minister‘s Office (PMO) and with involvement of all identified stakeholders of the Naga community led by Thuingaleng … END_OF_DOCUMENT_TOKEN_TO_BE_REPLACED