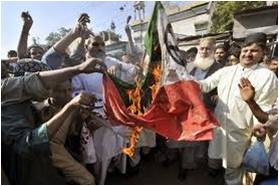 Baluchistan, the westernmost province of Pakistan is the largest in the country occupying 43 percent of its total area of 796,000 square kilometers. It is also the least populated with just five percent of the total population. This Province has been struggling for its rights ever since the creation of the Pakistan nation. In the absence of a positive response from the government, this struggle has now taken the form of an open rebellion and a demand for independence.

Balochistan is ethnically the most diverse province of the nation. It is home to the Baluch, the natives of the land, Hazaras, Sikhs, Hindus, Parsees and a diverse array of Sunni sectarian adherents. In terms of languages spoken, as per the 1998 Pakistani census data by ethnicity, Baluch speakers are a slight majority with 55 percent, followed by Pashto, 30 percent, Punjabi, three percent, and Saraiki, two percent. Urdu speakers comprise a mere one percent in the Province.

The importance of this ethnic diversity also lies in the spread of the ethnic communities across the border towards Afghanistan and Iran; this makes the secessionist demand a multinational issue. Baluchistan shares its border with Iran’s restive Sistan and Baluchestan Province which also has a Baluch majority and has been in the throes of an insurgency for many decades. The demand of a Baluch nation brings together all the Baluch majority areas of Pakistan, Afghanistan and Iran, and if they achieve the objective then the maps of all the three countries will change. This demand for independence further complicates the already complex situation in the region.

In the Middle East there are two major ethnic communities which do not have a nation of their own in spite being in overwhelming majority, these are the Baluchs and the Kurds. The similarity does not end here; the communities are spread across three countries which do not enjoy a healthy relationship.

Determining Baluchistan’s ethnic composition has been complicated by Pakistan’s census. The census is supposed to be decennial, but has been deeply politicized since the 1980s. The 1981 census was delayed until 1998, a full 17 years. This extraordinary delay was due to the fact that Baluchistan, along with the province of Khyber Pakhtun Khwa (KPK), formerly called the Northwest Frontier Province, has hosted millions of Afghan refugees since 1979. The Pakistan government hoped that these refugees would return to Afghanistan before the census was conducted. While Pashtuns had lived in Baluchistan long before the Afghan crises unfolded, there can be little doubt that developments across the border have altered the ethnic, political, religious and social fabric of the province, as many Afghans and their offspring have acquired Pakistani national identity cards and have made Balochistan their home. As of January 2012, there were more than 1.7 million Afghan refugees in Pakistan.

The Baluchs took arms against Islamabad in 1971 after the debacle in East Pakistan which led to the creation of Bangladesh. The uprising was crushed brutally and the demographic changes were allowed to weaken the Baluch strength. The violence against the Hazaras by Sunni extremist organisations at the behest of Saudi Arabia and subsequent retaliation by Shia groups made the province a battle ground for Middle East’s Shia-Sunni tussle. The Pashtu-Hazara historic rift was exploited to perpetuate violence against the Hazaras to discipline them. This sectarian violence suited and continues to suit Pak; such attempts to engineer demographic change to reduce the hold of the Baluch people on the province fuelled violence even more. The situation in Balochistan has been grave since early years of the last decade. In the last couple of years the situation has further deteriorated. Some Pakistani commentators have expressed a rather concerned view that the area beyond Parachinar has gone out of government control all together.

Balochistan is the most impoverished and backward province of Pakistan despite the fact that nature has provided to it a huge bounty of natural resources. The area contains copper, uranium, gold, coal, silver, and platinum deposits. In addition, it is responsible for about 36% of Pakistan’s total gas production. Astonishingly, only 17% of the gas produced is consumed in Baluchistan while the rest is consumed in other parts of Pakistan. Baluchistan receives a mere $0.29 per thousand cubic feet for its gas. Nearby Sindh gets $1.65 and Punjab receives $2.35.

The Chinese government has got mining rights in Saindak copper mine, where it will receive 50% of profit from the mine and the Pakistani central government 48%, leaving a meager 2% for the Balochistan provincial government. The Chinese, are highly self-dependent and have not engaged local labor in these efforts, therefore these projects are not bringing any development and employment to the province. Pakistan government has reduced the state to a colony. The Baluchs should have been the richest people of Pakistan but they have been reduced to a community which is suffering because of crass colonization and the resultant revolt against government authority.

This ongoing struggle for independence is being blamed to India, the US and Israel. What is being conveniently forgotten is that the people are fighting for their rights in the face of blatant economic exploitation similar to the one that led to the severing of East Pakistan from the dominating influence of West Pakistan. Baluchs have not attained independence because they lack the means and the numbers required to launch an all out rebellion. Pakistanis whose heart bleeds for imaginary atrocities on Kashmiri by Indian is not showing any sensitivity towards its own nationals. This morally ambivalent situation is untenable and the world needs to take cognizance of this. It is time for make Pakistan respond to the realities on ground.