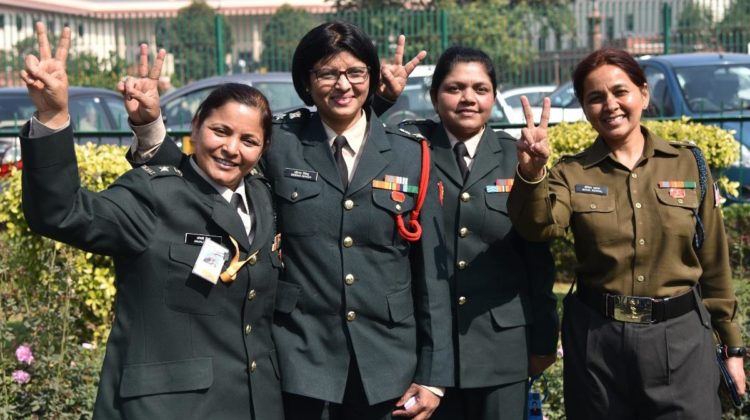 On 18 Aug 2021, the Supreme Court of India ruled that girls should also be inducted into Armed Forces through the premier defence training institute – National Defence Academy, Khadakwasla, Pune. With one stroke of the pen, the Supreme Court has done what crores worth of expenditure on promoting Defence career through catchy advertisements like ‘Do You Have It In You’, ‘Lead A Life Less Ordinary’, ‘Ocean of Opportunities in Indian Navy’ and ‘Touch The Sky With Glory’ could not do in all these years. I am told that there is great enthusiasm amongst the girls to compete for the limited NDA seats available for them and I am certain that the applications from the boys have also increased manifold. While the veterans and serving officers are sulking over the missed opportunities, the cadets at the NDA are bracing up for impressive performances to win over ‘the hearts and minds’ of the female cadets. “Boys will be Boys.” The campus at  the ‘Cradle of Excellence’ seems to have attained a romantic fragrance.

India, is being run practically from the courtrooms with Mi-Lords! Knowing everything on earth, they are giving executive directions from ‘distribution of oxygen during Covid’, ‘banning of firecrackers’ to ensuring ‘gender equality in Defence Services.’ There certainly is a good case to have two years compulsory military service for all judicial officers as orientation training to know the challenges and functioning of the Indian Armed Forces.

In a major step towards gender equality, on 25 March 2021, the Supreme Court first directed the Armed Forces to grant permanent commission to women entry officers and on 18 August 2021, the eligible girls were allowed to take the examination for admission to National Defence Academy (NDA) scheduled to be held in November 2021. While delivering the landmark judgment, the Supreme Court bench observed that the mindset has to change.  The next logical step, I suppose,  will be to instruct the Army to induct them into combat arms. I can see the day, where an young girl will be called upon to get into unarmed combat with Taliban trained burly Pathans inducted as foreign terrorists into India. Hope the Court will take note of such challenges before they pass  some more orders for gender equality in combat arms.

Girl cadets will be trained at NDA with the aim of granting them Permanent Commission, as has been recently indicated by the Armed Forces. These decisions are bound to cause some consternation in a tradition bound system but it should be welcomed with a caution. The concerns and objections by a segment of the serving and veteran male officers is initial inhibition and a psychological mental block as the NDA has been a purely male bastion for 65 years.

The decisions regarding the specifications like age criteria, nature of training, intake strength, training standards and medically and physical standards is rested upon the Ministry of Defence. If the Supreme Court ruling has to be implemented at the academy then several changes need to be made. The NDA structure in its present form is not meant for lady cadets. Changes and preparations are being made at Integrated Defence Service Headquarters, under whose purview the academy falls.

We should study academies globally to get an idea on how to turn from an all-boys only institution to a “boys and girls” one.

Major issues will have to thought through — for example, the number of seats open for girls in the initial batches; whether there will be separate squadrons created for girls; physical training routine; uniforms and a host of other issues. With the induction of girl cadets, there will be a need to further expand the living infrastructure, enhance the training facilities and revise the syllabus/ training modules.  However, any change taking place in due time to be accepted and streamlined.

Entry into NDA is a dream come true for young aspirants. Entry should therefore be purely on merit and to the most deserving.  It must be reserved for only those who meet the stringent standards of the institution.

NDA is known for intense outdoor training, indoctrination into  disciplined lifestyle, Simply said it makes ‘Men out of Boys.’ NDA training also includes group games conducted by physical training teams, activities such as cross-country race, drills, horse riding etc are compulsory. The unorganized punishment regime is also there to physically toughen up the cadets and make them mentally robust. Along with changing mindsets,  the nature of official and unofficial physical punishments will also have to change — what punishments can be given and by whom will also be laid out. 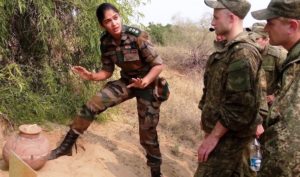 The Officers Training Academy (OTA) Chennai, originally only a men’s training institution, commenced training women in 1992 to be officers holding  Short Service Commission, so, precedence does exist with regard to training and logistics for girl cadets.  Even though initially, limited women entry cadets were taken in on an experimental basis, but within a few years, the intake was doubled, confirming not just the capability of the women selected, but also the willingness of the Army to move with the times. There is no reason why it cannot eventually happen at NDA also.

Learning from the experiences at  the OTA which trains both men and women future officers,  it can be said with pride that female cadets have often proved themselves on equal terms and won the coveted ‘Sword of Honour’  in open competition against their male counterparts.

When we open the gates of NDA for women entry officers into Indian Armed  Forces, it’s axiomatic that we are looking at them as permanent commission officers, fully trained at NDA, at very high cost to the national exchequer. Therefore, it is prudent to highlight a few aspects of their career progression and future prospects at this stage. The major aspects are highlighted as under:-

Change is the spice of life.  Adapting to changing societal norms is the key to keeping yourself relevant and battle worthy. The armed forces also need  to grow up with times and treat women as equally competent officers.  However, any change takes its due time to be accepted and streamlined.

Any change like this needs in-depth deliberation, since it will have a long-term impact on the armed forces. It is thus left to be seen whether the ascent of this new change is to be an unprepared rush to the top, fraught with avoidable setbacks, or a steady climb through deliberate preparation that assures success. The NDA gates will open a plethora of new horizons and break the stereotypes. Let the girl cadets at NDA be the harbingers of change.

(The author is a social activist, career consultant and a motivational speaker. E-Mail –  www.majgencpsingh.com)