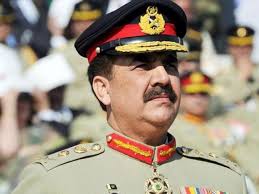 The terrorist attack on Pakistan’s air base in Peshawar has made the already critical political situation in the country even more tenuous and shaky. The buzz of a military coup is gaining momentum. The Pakistan army has a preoccupation with India that far exceeds any sensitivity towards the deplorable economic and social situation in the country. One common factor in all previous coups was the dissatisfaction of the Pakistan army with the India policy of the incumbent government. As things stand now, the military interference of Pakistan army in the “Kashmir policy” of the country is palpable. On many occasions, Prime Minister Nawaz Sharif has attempted to shed the yoke of the military establishment and come up with a more progressive agenda, only to be shot down by the army.

General Zia-ul- Haq is historically held responsible for introducing the cult of violence in Pakistan. It was under his patronage that the Inter Services Intelligence (ISI) gained its powerful notoriety. It was at that time that militants were given space to build capacity to be used against India and Afghanistan.

While doing so, no thought was given to the domestic fall out of the misadventures. Those who were facilitated became war lords with huge fortunes due to open sale of weapons, drug trafficking and a host of other illegal and evil activities. They became powerful enough to challenge the authority of the state itself.

Nobody in Pakistan has a good word to say for General Zia-ul-Haq, not even the army personnel. Nawaz Sharif, who is the protégé of Zia-ul-Haq does not make even a passing reference about him, let alone acknowledge his patronage.

But then, nobody has taken any action to undo the harm that General Zia-ul-Haq has done to the country with his flawed policies.

The Pakistan army is quite content with walking the same path when in power and when out of it. President Musharraf as Army Chief conceived and implemented the Kargil Operation without giving much thought to its military feasibility. The misadventure was fraught with holes in its operational design. It was based predominantly on bravado.

The Pakistani military commanders, with chests out, spoke of mopping up Siachen by October where Indian soldiers would be found “dead due to hunger and cold.” Such naivety in the top hierarchy of Pakistan! They did not even take into account the fact that India has an alternate route to Ladakh available through the Rohtang Pass.

Pervez Musharraf was rewarded for the shame that he brought to the nation by being made military dictator and then President for seven long years. He chose to follow the Zia path  and gave unremitting support to the Jihadi segment of his military’s policy. Organisations like Lashkar-e-Toiba (LeT) flourished under his patronage.

Over the years, the Frankenstein monster (Pakistani Jihadi) has turned back on to its own masters.  He is better trained, better equipped and more motivated than the Pakistani soldier. He is content to follow the diktats of his master even if it means attacking the army of his own nation. In fact, the lines of association are blurred. In some aspects like the proliferation of militancy to India the army and the Jihadis are on the same page. In other cases like the anti- Army stance of the Pakistan Taliban, they are adversaries.

The beauty is that while the army is identifiable, the militant changes sides whenever asked by his masters to do so. Hence, one day a militant may be getting orders from the army to attempt infiltration into India, and the next day he might be transported to Waziristan to fight against the Pakistan army, or he may be earmarked to carry out a suicide mission against the Shia’s in Karachi.

There are many occasions when the militants themselves change sides on some minor point of disagreement with their own establishment.

This may be the result of an overpowering hatred for India which causes the generals to resort to any and every trick in the bag, good, bad or ugly, to bring down the security fabric of their “enemy.”

It may be the result of a misplaced sense of superiority among the Punjabi Muslim soldier that the meek Indian cannot stand in front of him. A mindset based on historical biases that are no longer relevant.

It is time for the Pakistani military leadership to understand that it simply cannot succeed in the policy of causing dissension and disaffection within India and then move in as heroes and saviours.

In case it wishes to avenge the defeat that it has suffered in the four wars that it has fought against India, it will have to do so on the strength of its own shoulders and not the shoulders of mercenary criminals.

In pursuance of its current policy, the Pakistan army is causing more harm to its nation, not to talk of the honour and dignity of the world wide soldiering fraternity. It is time that the force acknowledges that its policies have gone wrong and carries out a change for the better. It is time for the Generals to go beyond their warped self view and think more about the teeming millions who are going into depths of derivation because of their bloated egos.  The Pakistan army should now give to the nation the opportunity to concentrate more on issues of poverty and development rather than run after an imaginary enemy in the neighbourhood.