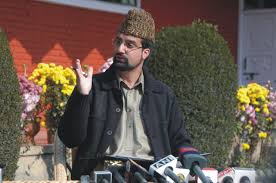 The All Party Hurriyat Conference (Hurriyat) has split yet again!! Would it make a difference? A logical answer would be a big “No” since the so-called “conglomerate” was never unified in the first case. The Hurriyat came into being in 1993 to raise a wholly misguided voice of separatism in the Kashmir Valley. It was an amalgam of 27 political parties of the Valley; a motley set of leaders with no standing whatsoever. They had an urgent need to stay together to impress Pakistan and get some “benefits” for the sustenance of their “ideology”. Seven parties that had the backing of foreign sponsored terrorists became the decision making executive. Pakistan played up by allotting to the Hurriyat a huge building in Islamabad as an office and unlimited financial resources to create as much mayhem and disruption in the Kashmir valley as was possible.

The status of Hurriyat has been explained very lucidly in a piece in Greater Kashmir, a Kashmir based English daily newspaper. It says – “the Hurriyat soon turned into a bandwagon where almost everyone tried to look for a place, mostly not out of choice but out of compulsion.” Leaders like Mirwaiz Omar Farooq, Syed Geelani, Abdul Ghani Bhat and others took turns to head the conglomerate and thus find a place under the sun.

The first split in the Hurriyat cam when Yasin Malik of the Jammu and Kashmir Liberation Front decided to follow and independent course. He thought that he was head and shoulders above the rest since he raised the flag for complete independence while the others were merely pro-Pakistan. He wanted the cake all for himself. When Yasin Malik’s militant (terrorist) outfit lost its credibility he quickly donned a non-violent mantle and has, ever since, been thrashing around wildly in the muddy waters of Kashmir politics. The sooner he realises that nobody takes him seriously the better for him. It would be best for him to seek “political asylum” in Pakistan and run his wholly redundant activities from there. When he cannot be a good leader of his people he can at least try to be a good husband and a good father considering that his wife and child are in Pakistan.

The second breach was engineered in the year, 2002, by the highly volatile and egoistic Syed Geelani. He took the cudgels against the then chairman Maulana Abbas Ansari for not throwing out Sajad Lone for allegedly fielding proxy candidates in the Assembly elections. He took with him 12 constituents of the conglomerate and established Tehreek-e-Hurriyat also called the Hurriyat (Geelani) while Mirwaiz Omar Farooq took the reins of the original conglomerate and called it the Hurriyat (Mirwaiz). Geelani is now old, infirm and suffering from renal cancer for which he accepts the best possible treatment from the All India Institute for Medical Sciences (AIIMS) New Delhi despite being anti-India. He is yet not ready to hand over the reins to the younger generation. In fact he spares no opportunity to take centre stage and attempt to wrest the political initiative from Mirwaiz. The split was engineered by Geelani to gain prominence; he considered himself to be much above the other constituents and did not like the idea of sharing the chairmanship by rotation. The agenda had nothing to do with Kashmir or its people; it was totally and blatantly personal.

The latest split has happened ostensibly due to a letter dated December 27, 2013, that Mirwaiz Omar Farooq wrote to Hurriyat’s Pakistan convener, Yousuf Naseem, in which he said, “It is expected from you to note that the persons or groups who have voluntarily chosen not to conform to the organizational discipline of Hurriyat and who have chosen to tread a separate path of their own have practically ceased to be the members of Hurriyat.”

He was referring to the latest “rebel” group of Shabir Ahmad Shah, Nayeem Ahmad Khan, Mohammad Azam Inqlabi and Mohommad Yousuf Naqash who have, for quite some time now, been up in arms against the Mirwaiz. Trouble had started brewing a year back in May, 2012, when supporters of these leaders threw around chairs and furniture in the Hurriyat headquarter during a seminar organised on the death anniversary of the slain father of the Mirwaiz, late Mirwaiz Mohammad Farooq. The leaders have been aloof from the conglomerate activities ever since while waiting for an opportunity to declare their break up. This group has now started projecting itself as the “real” Hurriyat while calling Mirwaiz anti-people of Kashmir. The question is – if the Mirwaiz faction was so bad then why were they a part of it for so long? Once again the point is proven – the entire drama is being played out only for personal gains and ambitions.

Pakistan, of course, would be very upset with the turn of events. The country had been working overtime to get the Hurriyat (G) and the Hurriyat (M) factions together ahead of the 2014 elections. It has ensured that the two factions function from one office in Islamabad from where joint statements signed by representatives of the two factions are issued. It has been planning on formation of a coordination committee in Kashmir to bring about functional unity. Sartaj Aziz, foreign policy adviser to Pakistani Prime Minister Nawaz Sharif met the leaders of the both the factions in November, 2013, in New Delhi and stressed unification. Obviously creation of one more faction will be a big setback for Pakistan. Now the chances are that Syed Geelani will gain centre stage because the present government in Pakistan seems to be partial towards him.

Whatever little credibility the Hurriyat had as a political force in the Kashmir valley has been washed away by the latest split; the self serving nature of its leadership has been laid bare. The Indian government has no reason to attend to the conglomerate in its Kashmir policy. This is one chapter whose time for closure has arrived.